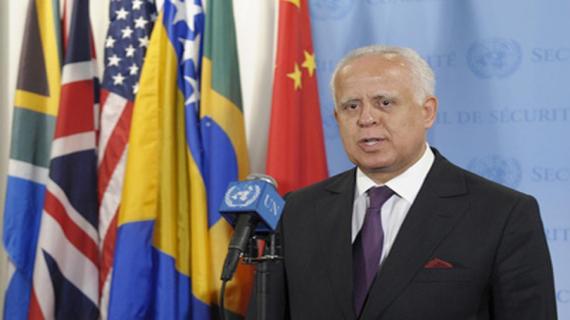 Morocco has "always sought to negotiate for the recovery of the various parts of its territory", said Monday in New York, Morocco's ambassador to the UN, Mohamed Loulichki, on the sidelines of the UN 4th Committee .

The general debate will mark the works of this Committee will be an opportunity for Morocco to remind Member States the "history", ie the kingdom which was "under a double protectorate gradually recovered parts of its national territory  always through negotiation. "
"We were able to retrieve different parts of our country between 1956 and 1976 through negotiations," he insisted in a statement to the press, saying "we have always consistently adopted this approach in the context of the completion of our territorial integrity ".This general debate which will be attended by petitioners from the southern provinces representing elected officials and civil society, as well as academics and experts from around the world to reaffirm the Moroccan Sahara and the relevance of the Moroccan plan of autonomy is also an opportunity to look at the "regional context of the Sahara issue today," said the ambassador.
First, this is the Maghreb context which is "promising", given the "recent initiatives and opportunities relating to the holding, soon, of the North African summit," he said.Second, the challenges posed to the "worrying" security situation in the Sahel, especially Mali. This issue "calls everyone and affects us," said Loulichki, noting that Morocco is willing to contribute to international efforts to restore the territorial integrity of Mali and safeguard stability in the region expressing his "optimism", especially after the recent decisions by the UN Security Council. This issue was discussed recently by the Executive Body which expressed its readiness to consider favorably a plan submitted by the ECOWAS to resolve this problem."We are also optimistic because, as Morocco has always asked the UN Secretary General has decided to appoint a Special Envoy for the Sahel. These decisions, he says, are in line with what the Kingdom has always wanted and expressed both within the executive body and other forums, so that we can respond collectively and effectively to situations of threat against the entire Maghreb region. "- News and events on Western Sahara issue / Corcas -