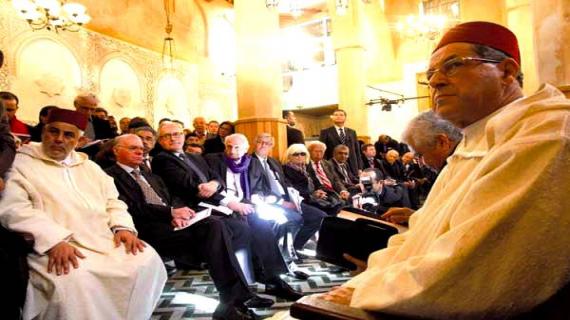 “This is the whole story,” he said, pointing at a row of dignitaries sitting up front. Government officials, police officers and military commanders, all Muslim, come every year to honor the Jewish community on its holiest of days. The service is also carried live on the national TV.

For Berdugo, secretary general of the Moroccan Jewish community and a former minister of tourism, this is perhaps the most shining demonstration of just how well the Jews of this Arab country are being treated.

“Jews in Morocco are in the best situation that they can imagine,” said Berdugo in an interview that took place on Friday, hours before King Mohammed VI met at the White House with President Obama.

Berdugo, who also carries the tile of Ambassador at Large, was part of the official delegation visiting Washington. In his meetings with American and Jewish officials he portrayed Morocco as a heaven for religious tolerance at a time when its neighborhood is falling in the hands of extremists.

“The message is: it’s possible. It’s not a fairy tale, come and see for yourself,” added Ahmed Abbadi, a Muslim, who chairs King Mohammed’s council of religious scholars. 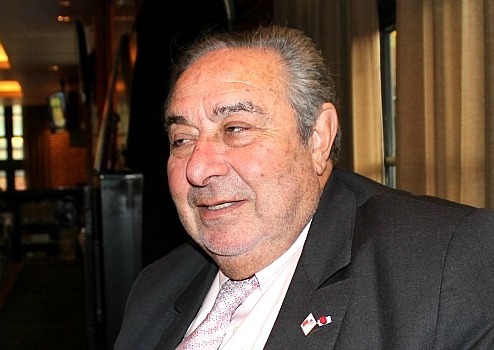 It is a message welcomed by Washington, which has been taking flak for not standing up to Islamist in post-Arab Spring Egypt and Tunisia. The model Morocco sought to present during the king’s visit was of an alternative to the anti-authoritative uprisings the Middle East and North Africa had experienced – one in which gradual reform and relative tolerance could prevent tensions from building up and maintain a pro-Western monarchy. Treatment of the Jewish community is a key test for this doctrine, and Morocco’s Jewish leader was in town to show that it works.

Morocco currently has a Jewish community of 4,500 members, most of them concentrated in Casablanca. It is a mere shadow of the country’s storied Jewish community which began nearly 2000 years ago after the destruction of the second temple and reached a peak of more than 250,000 in 1948. Since, in several waves, Jews left Morocco, mainly to Israel, but also to Europe and Canada.

The country still boasts, however, the largest remaining Jewish community in the Arab world and prides itself with flourishing Jewish life, all sponsored and protected by the ruler. There are 15 synagogues in Casablanca, a Jewish school system that attracts also Muslim students, and even a Jewish Beit Din, religious court, that operates as part of the state court system.

The Jewish community’s strong show of support for the Moroccan ruler dates back to the former king Mohammed V who refused to implement the discriminatory Vichy laws against his country’s Jewish community during World War II. The community continued to enjoy good relations with the monarch after Morocco gained its independence. Most recently, in 2010, King Mohammed launched a program to preserve the nation’s cemeteries and funded a major drive that restored more than 12,000 Jewish graves. Now, the Jewish community is advising Muslim organizations on how to implement the cemetery restoration program.

Will King Mohammed’s tolerance save Morocco’s Jews from the upheaval caused in some countries following the Arab Spring? 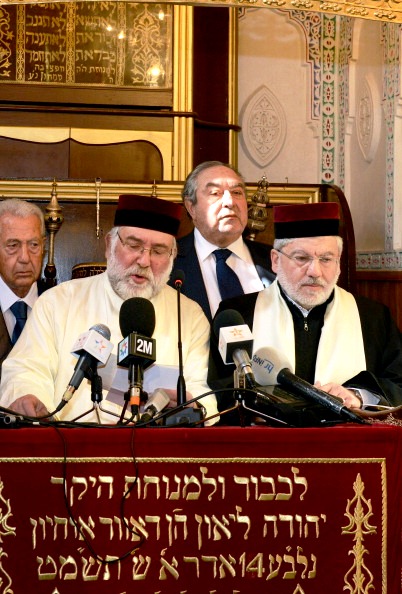 Berdugu believes it can. The country’s prime minister, Abdelillah Benkirane, leader of the Islamist Justice and Development party, participated last year at the dedication of a new synagogue. With Islamists like these, he believes, Morocco’s Jews have nothing to fear. “Morocco is immune,” added Abbadi. He noted that throughout history, the country had proved its ability to reject extremism and to embrace tolerance for its Arab, Berber, and Jewish populations.

In the mid 1990’s Morocco experiences a short-lived normalization in its relations with Israel, but the collapse of the Oslo accords and the eruption of the second intifada, ended the rapprochement. Israelis, and other members of the Moroccan Jewish diaspora across the world, are still welcome in Morocco as tourists, despite the lack of diplomatic relations with Israel.

Relations with the Muslim community, Berdugo insisted, have not been strained because of the Israeli – Palestinian conflict, “but,” he added, “it is true that our fellow citizens are fed up by some of the decisions of the Israeli government.”