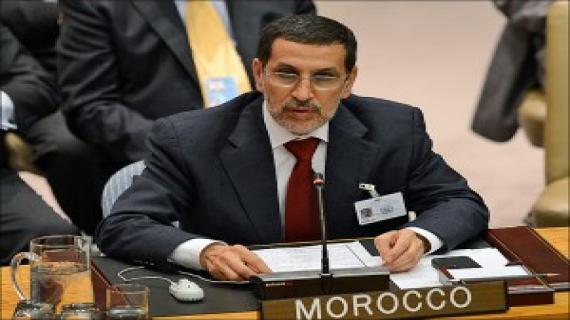 Morocco is using its United Nations Security Council presidency to rally international attention to the Mali conflict, terrorism, transnational crime and other threats to Sahel security.

“The Kingdom will continue to defend all political and development issues relating to the African continent, in particular the crisis in northern Mali,” Foreign Minister Saadeddine El Othmani said when Morocco assumed the rotating chair of the Security Council at the start of the month.

“I am grateful to the Moroccan Presidency for giving us this opportunity to discuss this bigger picture,” UN Secretary-General Ban Ki-moon told representatives of the Economic Community of West African States (ECOWAS), the Community of Sahel-Saharan States (CEN-SAD), the Organisation of Islamic Co-operation (OIC), European Union and other officials at the meeting.

“What happens in Mali can affect the entire region,” Ban said.

While calling the Mali conflict a “toxic brew of vulnerability”, the UN chief added that it was “but a part [of] a sustained, systemic crisis across the entire Sahel region”.

“The warning lights for the Sahel region continue to flash,” Ban said. “Political turmoil, terrorist activity, drug trafficking and arms smuggling are spilling over borders and threatening peace and security.”

For his part, El Othmani said that Morocco had a leading role to play in resolving the crisis.

Morocco’s head diplomat stressed the importance of setting up an inclusive strategy to meet the various challenges in the Sahel region, particularly on the security, economic and social fronts.

Acts of violence by terrorists across two thirds of Mali were setting a dangerous precedent on the continent, El Othmani said. Quick action was needed from the international community to help the country respond in a “decisive and effective” manner, he said.

El Othmani also commended ECOWAS efforts to resolve the crisis, saying he hoped the Council would be able to positively reply to the African states’ request to assist Mali.

The Security Council meeting ended with a declaration expressing “its grave concern about the increasing entrenchment in the Sahel of terrorist elements, including al-Qaida in the Islamic Maghreb (AQIM), affiliated groups and other extremist groups, and its consequences for the countries of the region and beyond”.

According to political analyst Samir Chatiri, Morocco is using its presidency of the Council to flag up its priorities, with regional security topping the list.

“As the Moroccan foreign minister said, it is time to get over the obstacles and strengthen co-operation between Sahel states and the countries of the Maghreb to ensure stability and security in the region,” Chatiri told Magharebia.