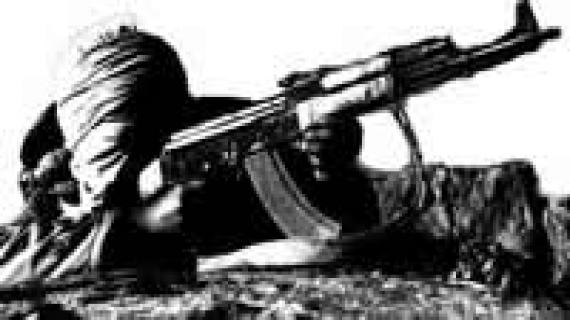 In analyzing the 40-year-old conflict, which Algeria is imposing on Morocco, many feel that, lately, Morocco may seem not to be doing much to counter its opponent but doing nothing is in itself a strategy.

Algerian Generals are spending laarge amount of money buying favors with many members of the African Union (AU) in preparation of what may appear to be an armed confrontation with Morocco by launching the “Polisario Western Sahara Separatists ” in armed attacks against Morocco.

This situation may lead one to consider the following multifaceted scenario:

1. The Algerian Generals have used the AU 50thAnniversary in Addis in Ethiopia to rally the AU support by playing Santa Claus by not only writing off debts owed to the Algerian people by many of the AU members but also by paying hefty sums to others for their support in case that they will be called upon to support the Algerian Generals on the International Arena if and when armed conflict is initiated by the Algerian Generals against Morocco through the “Polisario”.

2. Looking at the way things are going in Turkey right now and in spite of the Turkish prime minister visit with a 300 Turkish businessmen delegation to Algeria lately, the Algerians Generals are scared to death that Algeria may be next. An armed conflict with Morocco via the “Polisario” may help the Generals  to mitigate any uprising. The Generals will attempt to crush any uprising by the Algerian people. As mentioned, the best excuse which will allow the them to justify their suppression  of the Algerian people is to start an armed confrontation with Morocco.

3. Lately, the “Polisario” has been emboldened by the measured passive Moroccan reaction to the civil unrest caused by thugs who are Polisario plants in the Sahara and may begin to think that it is now a good time  to raise arms against Morocco.  They are encouraged by the behavior of the Algerian Generals splurging at the AU 50thAnniversary in Addis Ababa.

4. Morocco’s measured passivity should not be viewed by the Algerian Generals and their Polisario protégés as a weakness. Viewing it as such would be a misleading mistake.

5. While the fanfare is sounding loud from Addis, Morocco worked quietly to bring back the African Development Bank (La BAD) to its initial headquarters location which is Abidjan in the Ivory Coast from its present location in Tunis.

7. Is the Polisario really ready to launch some type of attack against Morocco to shake of what is seen by the Algerian Generals as a loosing stalemate.

8. If the Algerian Generals and the Polisario make the mistake of launching any armed attack against Morocco, they will put in jeopardy a large segment of the Algerian Eastern Sahara which used to belong to Morocco until the French annexed it during their presence of over 150 years to what used to be called French Algeria. Some Moroccan political leaders such as those of the conservative Istiqlal party: Chabat and Douiri are crying wolf suggesting exactly the take over by Morocco.

9. While Spain is in dire fear of losing Catalonia, its party in power seems to distance itself from Algeria and its Polisario  and from the notion of “self determination”. Spain become Morocco’s first trade partner and had surpassed France.  There is a possibility that in an armed conflict between Morocco and Algeria, Spain may side with Morocco.

10. In spite of all this, why is it that Morocco seems not to be doing anything in the eyes of some observers?

Morocco is not doing anything because that is exactly the strategy it has opted for and that in itself is doing something. Let the Algerian Generals and Polosario t beat on the drums and throw the Algerian people’s money away as long as they want.

Morocco has just met with the US head of AFRICOM, General David M. Rodriguez and his advisors; to evaluate Morocco’s need to defend itself.

What King Mohammed VI is doing is exactly what Morocco needs and wants: Acquire the necessary capability for Morocco to defend itself if attacked and WIN.