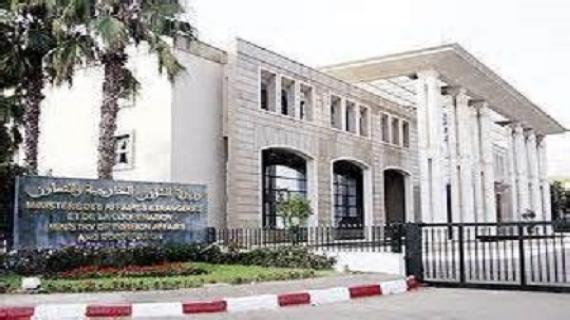 Morocco recalled its ambassador to Algeria on Wednesday after Algeria's ailing President Abdelaziz Bouteflika said international monitoring of human rights in Western Sahara was needed “more than ever.”

Morocco's official MAP news agency hit back accusing Algiers, which backs the pro-independence Polisario Front, of seeking to further “its hegemonic designs in the region.”

It also charged that Algeria was trying “to distract attention from the serious rights abuses which take place daily on its territory.”

On Saturday, Morocco’s nationalist Istiqlal party that withdrew from the country's coalition government earlier this year called on the authorities “to recover territory in the southeast that Algeria took by force and which notably includes Tindouf” in western Algeria.

Algeria's Foreign Minister Ramtane Lamamra then responded back calling on Morocco to show restraint, saying “this incident, as well as the outrageously expansionist statement by the leader of a Moroccan political party, are totally unacceptable and irresponsible.”

He said Bouteflika's comments were “a reminder of Algeria's well-known position.”

The Algerian president's call for a mechanism to protect Sahrawi rights follows a U.S. proposal in April, angrily rejected by Morocco and later dropped, to task the U.N. peacekeeping force in the Western Sahara with a human rights monitoring mandate.

Morocco annexed the former Spanish colony in 1975 in a move never recognized by the international community, and has proposed broad autonomy for the territory under its sovereignty.

This notion is rejected by the Polisario guerrillas, who are based in the western Algerian city of Tindouf and fought Moroccan troops for a decade and half until the United Nations negotiated a ceasefire in 1991.