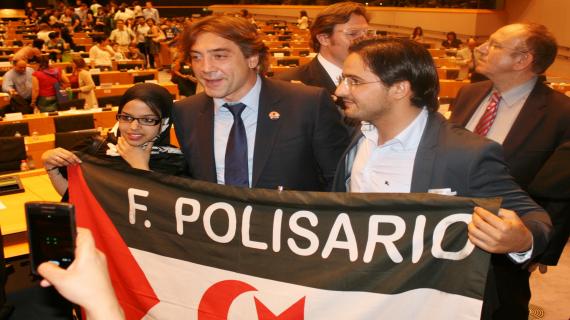 Moroccan Communications Minister, Spokesman for the Government, Mustapha El Khalfi, slammed, in an article published on CNN’s website, the “biased picture” presented in an article by Javier Bardem on the Sahara on that website.

“Javier Bardem’s article presents a biased picture about the situation in the Sahara. It lacks balance and omits information about the Moroccan government’s efforts to seek a lasting political solution to this chronic conflict. Furthermore, the article presents a succession of false information,” the minister said in his response.

Firstly, the minister continued, “the description of conditions in the Tindouf camps distorts reality and lacks balance. Human Rights Watch published in December 2008 a report on ‘Human Right in Western Sahara and in the Tindouf Refugee Camps’ documenting cases of slavery and denial of rights of dissidents to freedom of expression or the right to return to their families in the camps.”

Following this report, human rights violations by Polisario emerged, including the case of Mustapha Ould Salma, former official of Polisario, who was denied re-entry to the camps after he criticized Polisario leaders and supported Morocco’s autonomy plan, and the case of the Sahrawi artist Allal Najem El-Kareh who was subjected to ill-treatment and censorship because of his criticism of Polisario, the minister said.

The Moroccan official pointed out that Bardem says U.N. envoy Christopher Ross “has just returned from the region with a report documenting many human rights abuses,” but gives no details to back up this claim. Ross’s declaration after his visit in fact contains no such allegations, instead, he states that “this conflict must be resolved and I believe that It can be resolved if there is a will to engage in real dialogue and compromise.”

It appears that “Bardem is unaware of successive Moroccan governments’ efforts to promote human rights in the Sahara. In 2004, the Instance of Equity and Reconciliation (IER) received almost 5,000 demands from the Sahara of reparation for past human rights abuses and allocated $72 million to the claimants and for social programs for victims.”

Moreover, in 2011 the National Human Rights Council, an independent human rights body, established in the Sahara region three regional commissions, made up of Sahrawi Moroccans, to monitor, examine, report and act on human rights violations like the 10 commissions in other parts of Morocco. This policy has been praised by the U.N. Security Council in its decision No. 1979 of April 27, 2011,” the minister explained.

The Sahara is not closed to international human rights and other delegations. So far, 22 foreign missions have visited the Sahara, the latest a group of foreign journalists dispatched by the International Women’s Media Foundation (IWMF). Before them Juan Mendez, the U.N. Special Special Rapporteur on torture, declared in a press conference at the end of his mission, that “the culture of human rights is emerging but more needed,” he further explained.

The minister stressed that Bardem’s ignorance of basic well-known data is alarming, as he states that the population in the Tindouf camps is estimated at 300,000, which contradicts the UNHCR’s estimates in 2005 when it reduced the number from 158,000 to only 90,000.

Also, the minister went on, the U.N. High Commissioner for Refugees has been continually denied requests by Polisario and Algeria to conduct an accurate census of the camps’ population despite the Security Council resolution 2044 of 24 April 2012 on the Sahara conflict. For the record, Gordan Gray, Deputy Assistant Secretary in the U.S. State Department, in his November 17, 2005 presentation before the Subcommittee on Africa, said: “There are credible reports that the Polisario Front has sold portions of international food aid on the black market.”

In addition, Bardem claims- without presenting any evidence-that the Sahara is in the darkness, that the local population was forced to give up its resources and that “Spain has an administrative role in the Sahara.” In reality, Spain colonized the Sahara at the end of the 19th century and that the land was under Moroccan sovereignty, and resisted Spanish colonial penetration until 1934. Also, many reports of the U.N. general secretary presents “Morocco as the administrative power in the western Sahara,” for example the May 23, 2003 report to the Security Council, he said.

As for economic and social development, the Sahara region has recorded higher development rates compared with many other regions in Morocco. There are many local democratic institutions beside 52 elected Sahrawi in the Moroccan parliament which deliberate on projects of investment and natural resources.

By way of example, the minister pointed out that between 2004 and 2010, $1 billion has been invested in economic and social projects: now more than 95% of the population has access to drinking water; 93% of the population has electricity; there are five hospitals, 37 health centers and 139 educational establishments. The rate of poverty in the Sahara region has been reduced from 29.4% in 1975 to 6.2%.

Finally, Moroccan efforts to resolve the dispute have been appreciated around the world. The Security Council has in several resolutions, 1754, 1783 and 1813, welcomed the “serious and credible Moroccan efforts to move the process forward towards resolution.” These statements came after Morocco presented an autonomy plan for the Sahara within Moroccan sovereignty as a political solution to the conflict, to be adopted by a referendum. This reflects the strategic vision to maintain stability in the Grand Sahara and in the Sahel region and to enhance Maghreb integration, El Khalfi insisted.