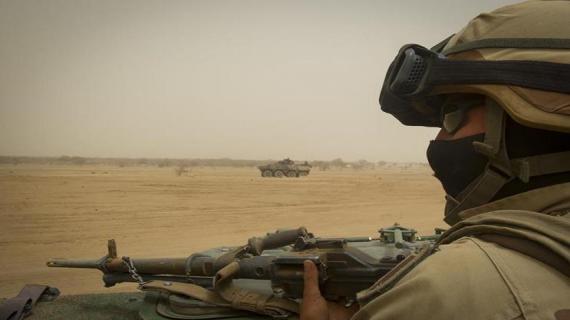 Twenty four hours after the US decided to withdraw its proposal to include a human rights monitoring mechanism in the NU Mission in the Sahara, known by its French acronym as MINURSO,  things are getting back to normal between Rabat and Washington.

Rodney Ford, spokesman of the US embassy in Rabat was quoted by AFP as saying that Morocco told the American administration that it could resume the annual joint military exercise that was scheduled to take place in Morocco from April 7-27.

The Moroccan government did ask us (in the past 48 hours) if we could resume African Lion,” embassy spokesman Rodney Ford was quoted by AFP as saying.

“Most of our forces had already redeployed. But some elements are still on the ground. So we are conducting modified limited military engagements,” he added.

Last Wednesday Morocco cancelled the war games, which were supposed to involve 1,400 personnel from US Africa Command (AFRICOM) and 900 members of the Moroccan armed forces.

Their cancellation came as US-backed plans emerged on extending the mandate of the UN peacekeeping mission in the Sahara to probe alleged human rights abuses, an initiative categorically rejected by Morocco.