Morocco will never recognise the so called 'SADR': deputy FM 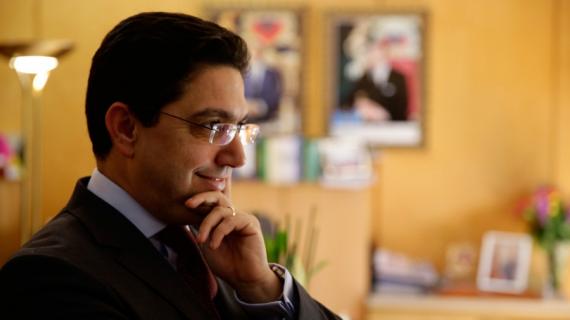 Morocco will "never recognise" the so called SADR despite rejoining the African Union after a decades-long dispute over the territory, Nasser Bourita, Morocco’s deputy foreign minister said.

Last Monday, the AU approved Morocco’s re-entry into the bloc which it quit in 1984 in protest at the admission of the Sahrawi Arab Democratic Republic (SADR) declared by the Polisario Front at the height of a war for the territory.

"Not only does Morocco not recognise - and will never recognise - this so-called entity," Bourita told website Le Desk in an interview on Sunday.

"It will [also] redouble its efforts so the small minority of countries, particularly African, which recognise it, change their positions."

AU membership would not change Morocco’s stance that the Western Sahara is an integral part of its territory, he said.

Monday’s summit in Addis Ababa followed an intense diplomatic battle with the Polisario’s backers, led by Algeria and South Africa, which opposed Morocco rejoining the AU.

Meanwhile, the head of Western Sahara’s Polisario Front has said "all options are open" in its independence struggle from Morocco, but called for talks after the kingdom rejoined the African Union.

Polisario head and SADR president Brahim Ghali told AFP in an interview on Sunday that the move did not fundamentally change the situation.

"We always look for the peaceful way" to resolve the conflict, Ghali told AFP at a Sahrawi refugee camp in Tindouf, southwestern Algeria.

"But all options remain open," he said, hinting that a return to armed struggle was possible.

Thousands of Sahrawis are settled in five camps around Tindouf, where they receive aid from UN agencies and international NGOs.

Efforts to reach a negotiated solution for the territory have borne little fruit.

Ghali, who took over as leader of the Algeria-backed Polisario on the death of his predecessor Mohamed Abdelaziz in May 2016, said he hoped new UN Secretary-General Antonio Guterres will push for a return to talks.

"We hope that he will have the necessary support of the Security Council to lead the negotiations that will enable the self-determination of our people," Ghali said.

Morocco’s membership in the AfCFTA shall in no way be interpreted as a recognition of the statehood of the Algerian-backed Polisario.
09 July 2019