Morocco will not give in to any pressure, remains ready to engage in constructive dialogue 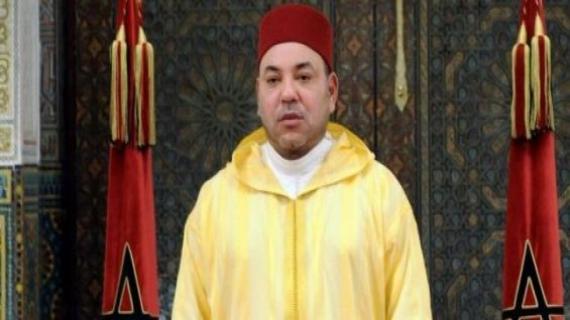 Morocco which is convinced that its Sahara cause is a just cause will not give in to any kind of pressure, or any blackmail attempts but remains open and ever ready to engage in constructive dialogue in order to find a final political settlement to this artificial dispute.

This came in the Throne Day speech delivered Saturday by King Mohammed VI on the occasion of the 17th anniversary of his enthronement.

“We will continue defending our rights and will take the required measures to counter any future deviations. We will not give in to any kind of pressure, or any blackmail attempts regarding the sacred cause of all Moroccans,” the monarch said.

“Morocco will however remain open and ever ready to engage in constructive dialogue in order to find a final political settlement to this artificial dispute,” he said.

Pointing out that the country’s foreign policy is based on words and action, be it when defending the cause of the Moroccan Sahara, diversifying partnerships or addressing current international issues and problems, the King said “If some are trying to make of 2016 a “year of decision,” for Morocco it is a “year of determination” as far as our territorial integrity is concerned.”

King Mohammed VI stated further that being “convinced that ours is a just cause, we have faced, with firm determination, the fallacious statements and irresponsible behavior related to the management of the Moroccan Sahara issue and taken the necessary measures, dictated by the circumstances, to put an end to these serious deviations.”

In this regard, the king renewed the call “for continued vigilance and mobilization to counter the maneuvers of Morocco’s opponents, who are infuriated by the development and progress witnessed in the Moroccan Sahara.”

“All conspiracies, overt or hidden, will not undermine our determination to go on with the implementation of our southern provinces development model,” he said.

The development projects launched in the region, along with the opportunity for the populations’ effective involvement in managing their affairs, thanks to the advanced regionalization scheme, “will transform the Sahara into an integrated economic pole that will allow it to play its historic role as a hub and an exchange platform between Morocco and the rest of Africa, as well as countries of the North,” the monarch pointed out.

Touching on Morocco’s recent decision to return to its African institutional family, King Mohammed VI made it clear that this return “does not mean that the Kingdom will relinquish its legitimate rights, nor recognize a pseudo entity lacking the basic elements of sovereignty which was imposed on the African Union, in flagrant violation of the latter’s charter.

Morocco’s return to “its natural place reflects our keenness to continue defending our interests from within the African Union and to enhance cooperation with our partners, at the bilateral and regional levels,” he said.

This return will also open up new prospects for Morocco, mainly in East and Equatorial Africa, and consolidate the country’s position as a player with regard to the continent’s security, stability, human development and solidarity, the monarch said renewing Morocco’s commitment to safeguard peace and stability, notably in Africa, and to endeavor in favor of a solidarity-based south-south partnership.