Morocco's return to AU has strengthened the organization: Alpha Condé 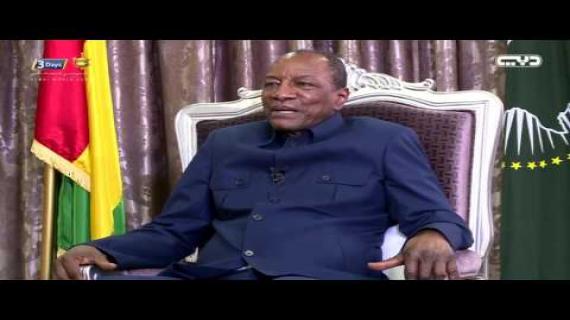 Speaking at the 2nd edition of the International Conference on the Emergence of Africa (ICEA), Guinean President said that that African countries are faced with many challenges, including terrorism, illegal immigration and energy deficit, noting that the Kingdom's involvement in these issues through its expertise and its know-how can only be beneficial to Africa.

With Morocco's return, the AU has emerged stronger than ever, he pointed out.

AU Chairman also hailed Morocco's support to promote food security in his country and commended the kingdom's commitment, under the leadership of HM King Mohammed VI, for an emerging, developed and prosperous continent.

The second edition of the ICEA kicked off Tuesday in Abidjan, with the participation of several countries including Morocco.

Designed as a platform of exchange to stimulate debate on the conditions for the emergence of African countries in the light of the process of structural transformation in emerging countries, the ICEA brings together Heads of State and Government, ministers, and personalities from leading national institutions, academic research centers, the private sector, civil society organizations, as well as regional and international development institutions.

The central theme of this second edition "The implementation of plans for emergence in Africa" and the two sub-themes "Governance of Public Institutions" and "Structural, inclusive and sustainable transformation" will be discussed during a high-level panel, in workshops and side-events in the presence of Heads of State and Government, civil society organizations, research institutions from African, Asian, European and American countries.