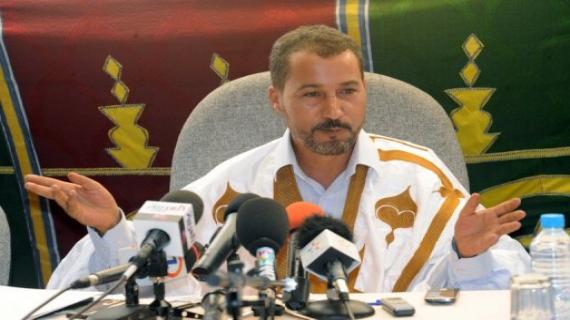 Former Polisario leading figure, Mustafa Salma Oueld Sidi Mouloud, said that the ruling issued by the European Court of Justice on Thursday flies in the face of the majority of Saharawis, who do not recognize the Polisario as their legitimate representative, and a “insult to his struggle and the struggle of many Saharawis who oppose the dictatorship of the Polisario.”

The ECJ issued ruling on Thursday annulling the EU-Morocco agriculture agreement signed in 2012. The ECJ based its decision on the fact that when signing the agreement, the EU “did not verify whether the exploitation of natural resources of the Western Sahara under Moroccan control was done or not for the benefit of the people of that territory.”

To back his statement, Mustapha Salma, who was expelled from the Tindouf camps in 2010 after voicing his support for the Moroccan autonomy plan, pointed out: “there are more Saharawis in Morocco than in the Tindouf camps.”

Since the 1991 ceasefire, “thousands of Saharawis who returned to Morocco have declared their support for the Moroccan autonomy plan,” he added.

The following is the full interview that MWN conducted with the former Polisario official:

MWN: What are your thought regarding the ECJ’s ruling? Does it reflect the reality on the ground in the Tindouf camps and the so-called Western Sahara?

Mustafa Salma Oueld Sidi Mouloud: After reading the European Court of Justice’s decision to annul the agriculture agreement between the European Union and the Kingdom of Morocco, it appears clearly that the Court based its ruling on the United Nations Security Council resolutions and UN regulations, in accordance with which Morocco and the Polisario are the parties of the Sahara conflict. In my opinion, this is an error that adds to other errors, because:

1- The Polisario Front is a political organization whose basic law stipulates that people can join it on a voluntary basis. Therefore, it makes no sense to say that it represents all the Saharawis.

2- According to UN statistics, there are more Sahrawis in Morocco than in the Tindouf camps. Therefore, Moroccan Saharawis are more representative of the Sahrawi people.

3- Since the ceasefire of 1991, thousands of Saharawis returned from the camps to Morocco and declared their support for the Moroccan autonomy proposal to resolve the dispute and abandoned the Polisario’s position. In contrast, not a single Saharawi left Morocco and joined the Tindouf camps, despite their freedom of movement.

4- Inside Morocco, there are many Sahrawis who declare their support for Morocco’s position on the Sahara. These people neither support the orientations of the Polisario Front nor engage with it.

MWN: Are all the factors you mentioned taken into account by the United Nations?

Mustafa Salma Oueld Sidi Mouloud: All these facts are overlooked by the United Nations, and the organization never involves the large proportion of Saharawis that live in Morocco in the consultations on the fate of the Sahara. Unfortunately, Morocco engaged in the UN’s efforts in this format by negotiating with the Polisario Front, which gave it legitimacy to claim to be the sole representative of the Saharawis.

As a Sahrawi, the Polisario Front decided to expel me and announced to the world that I no longer belong to it. I stand by my right to represent myself and struggle with the Sahrawis whose opinions are not represented by the Polisario Front in order to participate effectively in ending the suffering of our people and preserve their dignity.

Like many others, I try to speak my mind and show my opposition to the Polisario Front. I am joined in this by the group Khatt Chahid, and the Sahrawi Democratic Rally party, and a large number of Saharawis in Morocco and in the Diaspora who do not support the position of the Polisario Front. We strive to reach a common understanding in the organizational and political fields in a way that would enable us to force the world to listen to us as a voice in this conflict.

MWN: Does the ECJ’s ruling take into account the will of all the components of the Saharawis? Do all the Saharawis accept the claim that the Polisario is their sole representative?

Mustafa Salma Oueld Sidi Mouloud: I think that the decision of the European Court of Justice is based on reality. But many Saharawis reject this reality, since it limits the representation of Sahrawis to the Polisario Front. This only encourages the Polisario to continue its persecution of the Sahrawis.

Personally, I think the decision of the Court to consider the Polisario Front as the legitimate representative of the Sahrawi people is a form of support for dictatorship and totalitarianism at the expense of human rights. It is also an insult to my struggle and the struggles of many Sahrawi activists who oppose the dictatorship of the Polisario, which prohibits the freedom of assembly and organization outside its structures and suppresses its opponents.

Additionally, the corruption of the Polisario leaders, which was put in display in a recent report published by the European Union, does not qualify it to be the depository of Sahrawi wealth, even if it is the subject of dispute.