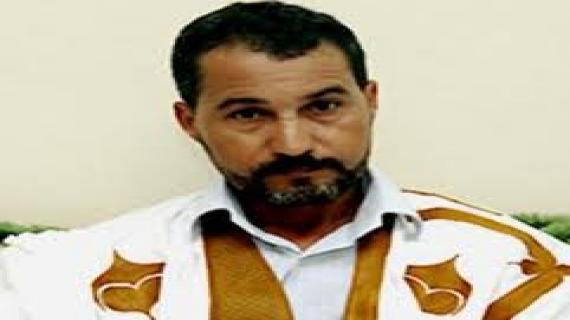 From Mauritania’s capital where he lives since his expulsion by the polisario two years ago, Mustapha Salma made a call, affirming that Sahrawis in the camps of Tindouf are mistreated  especially at checkpoints by the Algerian control unit.

In his call, made on the occasion of the visit by UNSG personal envoy for the Sahara Christopher Ross, Mustapha Salma said that he has been recently at the Mauritanian northern border where he met with some dwellers of the Tindouf camps complaining about the coercive security measures and the blockade on the camps, which are surrounded by a  sand wall patrolled by units of the Algerian army.

Despite all of this, the so-called independent media outlets are turning a blind eye on these practices, he said.

Polisario opponent and activist, Mustafa Salma Ould Sidi Mouloud, has been displaced and separated from his family since August 2010, on the grounds that he dared to criticize the leadership of the Polisario and spoke in favor of the Moroccan autonomy plan, which was presented by Morocco to the Security Council in April 2007.

In a press conference, on August 9, 2010 in Smara, he expressed support for Morocco’s autonomy plan as a lasting settlement to the Sahara conflict, saying that he will return to explain the autonomy initiative in the Polisario-run camps in Tindouf.

Afterwards, Mustapha Salma was kidnapped, secretly detained and tortured for 71 days by the Polisario militias. His release came following an international campaign that laid bare the inhuman practices of the separatists.