No Solution in Western Sahara Without Algeria’s Involvement: Jeune Afrique 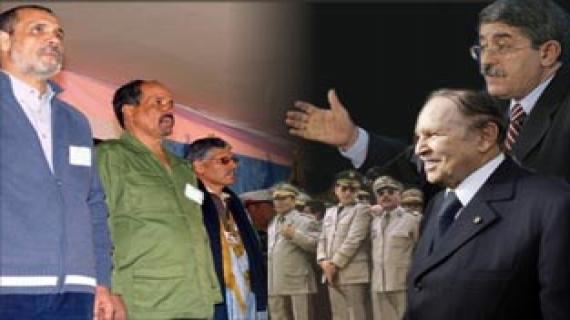 The magazine emphasized that Algeria’s denial of its status as a party to the conflict is “fiction.”

The publication, “Western Sahara: Mohammed VI and the Hypocrites,” recalled the King’s latest message to the United Nations Secretary-General Antonio Guterres, who conveyed his condemnation of Algeria’s involvement in the conflict on April 4. The UNSG also decried Polisario’s maneuvers east Morocco’s defense wall.

“It is Algeria that hosts, arms, backs up, and brings diplomatic support for the Polisario,” said King Mohammed VI in a letter personally delivered to the UNSG by Morocco’s Foreign Affairs Minister, Nasser Bourita, in New York.

Jeune Afrique’s managing editor and the author of the article, François Soudan, described the King’s statement as the “most incriminating statement ever said by the Sherifian sovereign against the Bouteflika regime.”

Soudan added that the statement is part of a specific context: “The desires of Sahrawi independence movement to relocate part of their headquarters inside a no man’s land, considered ‘liberated’ territory,” by the Polisario Front.

The separatists actions, however, constitute a “casus belli” for Morocco and “violations of Military Agreement 1,” which threaten the stability of the region and the UN-led political process.

The author of the publication emphasized that it is a matter of time before the United Nations invites Algeria to “the negotiating table” alongside the Polisario.

Guterres’s report on the Western Sahara situation, published on March 29, urged the separatist group to withdraw from the region, and called on Algeria to shoulder its responsibility and cooperate in finding a solution to the conflict.

Soudan concluded his brief analysis, saying, “As long as we have not admitted [that the Western Sahara conflict] is the consequence, not the cause” of the conflict between Morocco and Algeria,  “we will keep playing with fire for a long time.” Soudan also recommended that Algeria should engage in the UN-led political process.

Algerian officials, including Prime Minister Ahmed Ouyahia and Foreign Affairs Minister Abdelkader Messahel, have been denying the country’s involvement in the conflict, claiming that the Western Sahara issue should be solved by Morocco and Polisario alone.