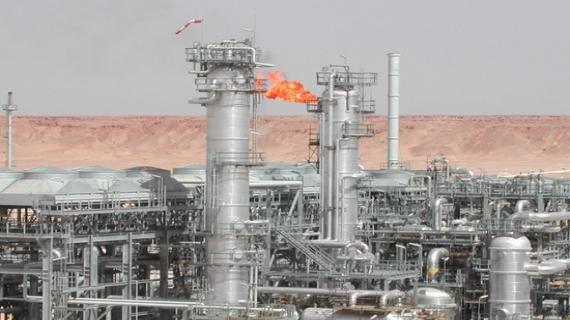 Madrid: Spanish media sources citing French reports have mentioned the terror in which is found the petro-gas arm of the Algerian government, following the great interest shown by global majors sector in Morocco.

Sonatrach spyingon  Morocco. This is what has just been revealed  by the Spanish newspaper Correo Diplomatico, citing a report published by the French newspaper of the same class,  the Diplomatic Courier.

According to this source, the Algerian company, sees with mounting fear, the recent interest expressed by the largest global majors sector in Morocco.

A frantic chase for  figures  andestimates of prospectors to the kingdom, has been launched by Algeria.

Diplomatico Correo reported that the Algerian public company has installed a spy mission, a cell whose incorporation, organization and financing have been entrusted to a subsidiary of Sonatrach, the company Sipex.

Sipex has been responsible for establishing a network of contacts within the oil companies operating in Morocco, in an attempt to steal their documentation with their most recent statistics on their estimates of deposits discovered in the kingdom.

The same source said that the Algerian regime is ulcerated suites uninterrupted information circulating on the international financial markets, on  the arrival in Morocco of  major oil sector companies, asuch s the latest ones, Repsol, Total, Anadarko, Cosmos and Chevron.