Open letter to Fisheries Committee in the European Parliament 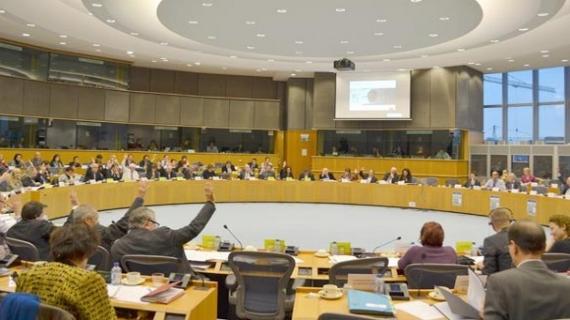 Fisheries Committee in the European Parliament,

On November 27th, your commission will settle on the Fisheries Agreement between Morocco and the European Union.

We would like to draw your attention The Kingdom of Morocco is the first and only Arab country to have an advanced status with Europe. A status that evolved with time into the creation of an extensive free tradezone, currently in negotiation. Morocco has become an example to follow, particularly in an unstable Arab world, through the will of its people, its king, free elections and a new constitution.

The European Commission supports the reforms initiated by the Moroccan government in theareas of democratic and economic governance.

In this context, Morocco and the European Union (EU) concluded Wednesday, July 24 a new fisheries agreement, after six rounds of talks, which would allow more than one hundred vessels flying the flag of 11 European countries to fish in Moroccan waters.

This agreement will be submitted to your committee in Brussels for vote on November 27, then in plenary session next December in Strasbourg.

This new protocol aims to break the obstruction of rejection the European Parliament showed in thelate 2011 about the extension of the previous agreement. Some European Deputies had estimated that the existing agreement does not clearly take into account the interests of Western Sahara population and others deemed that itwas too expensive.

This new protocol, fair and equitable to all parties, will contribute to fruitful exchanges bothin business and research as well as development and brings improvements that respond to a large extent to the requirements made by the European Parliament in December 2011.

We emphasize here that this agreement has been recommended by:

Ø Lithuania's Presidency of the EU Council, which announced that the Committee of Permanent Representatives of EU state membersin Brussels (COREPER I) recommends to European Parliament that it approves thenew agreement;

Ø The Budget Committee of the European Parliamentin Brussels who voted in favor of the conclusion of the agreement;

Ø The Development Committee of the European Parliament also voted in favor of the approval of the protocol;

Ø The Legal department of the European Parliament also issued a favorable opinion on this agreement, explaining that it isperfectly legal and consistent with international law.

Let us note here that, no renowned international authority has qualified Morocco’s exploitation of living and non-living natural resources, as illegal acts, (opinion of Counsel to the Security Council 12/02/2002), contrary to the claims of certain parties (Algeria and Polisario), who lead a strategy of disinformation and biased propaganda campaigns against Morocco.

This equitable protocol will strengthen cooperation between Rabat and Brussels in order to establish a partnership to develop a durable fisheries policy that will benefit both parties.

We would like to emphasise the importance of previous Fisheries agreements, which supported Morocco’s tremendous efforts towards the economic and social development of the Saharan provinces. Many projects have been completed including the creation of a hundred sea fishing companies, jobs creation for thousands of young people in Sahara Provinces, and resource optimization of fisheries through the upgrades of specialized companies in the field.

Fishingis indeed one of the key sectors of Western Sahara’s economy; it is the main source of employment for young and active people in the region. This explains why Morocco’s majority of actions and intervention programs in these provinces relyon fishing development and fishery products enhancement; it is an important force for the economic development of the region.

Therefore, on account of the Moroccan government action and fisheries agreements, Sahara provinces have risen from very poor regions to a human development level close to that of major economic cities.

The next fishing agreement which will be voted on November 27 by the FisheriesCommittee in the European Parliament is of crucial importance for further development efforts in Sahrawi provinces.

Wetherefore wish to seek your support for this fisheries agreement and we kindly asks you to vote for it.

Please accept, distinguished deputies, the assurances of our highest consideration.