Opens the door to recruit thousands of young people .. Algeria is preparing for war? 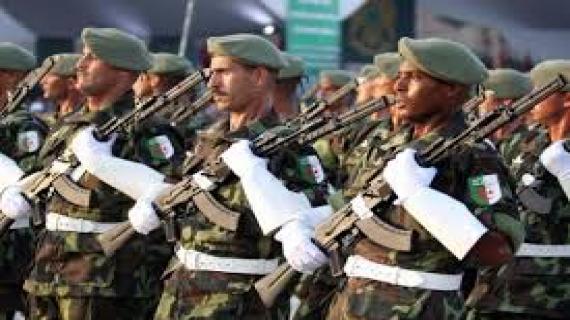 In an unprecedented step carry many signs and indicators of political, the Ministry of Defense Algerian carry out the recruitment and employment of thousands of Algerian youth, with mitigation of the requirements and standards that accompany procedures enrollment various army units in the country, the thing that led some to wonder about the goals of this new step which does not are usually only in the case to prepare for a possible war ..

This initiative comes in the context of the circumstances unusual pass including Algeria now, and also in the midst of the context of geopolitical mined characterizes the region, particularly the issue of the Sahara disputed, where Algeria is waiting for the fate of its president patient and which are conflicting reports about the nines health; Are they are deteriorating or improving ; Algeria also live a growing concern due to developments in the Sahara issue, and finally lifted monitored security to the border with Morocco and Tunisia.

The Ministry of National Defense, Algeria finally opened the way for the reception of thousands of Algerian youth who wants to recruitment and access to various military rank of wires and grades, was also keen to facilitate the entry requirements in order to receive the largest possible number of new entrants.

And opened the Ministry of Defence in its declaration to run the door during this year, unlike what was the case in past years, for young Algerians Nobel sixth primary level, coming from vocational training centers, to join the ground forces, without much action or conditions.

According to Al-Shorouk Algerian, the evidence of recruitment for the current year issued by the army command, select the special conditions for those wishing to enroll in different schools, and recruitment into the various military ranks for all levels, as well as conditions soft to join the military schools of different disciplines, officers and non-commissioned officers and soldiers of the ground forces and air , and air defense forces ...

Translated by  Polisario: Threat in the Desert