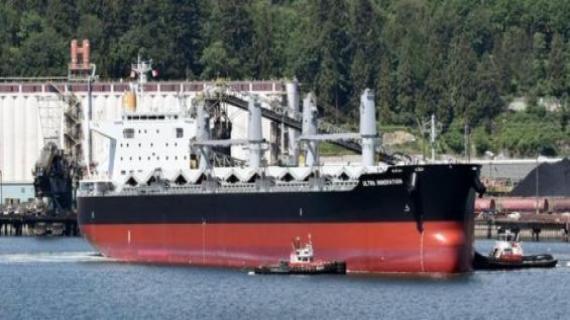 A Panama court has rejected a claim issued by the Polisario Front to block a Danish vessel that was carrying OCP phosphate rocks stating that the there was no evidence the cargo belonged to the group, the Moroccan company said on Thursday 8th of June in a statement.

On the 17th of May, the Danish vessel Ultra Innovation that was carrying a phosphate cargo to Canada «has been detained by a national court» in Panama. The Separatist Front has filed a claim to hold the ship which was released five days later.

«The court ruled that a domestic court is not the appropriate venue to consider purely political matters. It also ruled there is indeed no evidence demonstrating that the cargo on board belongs to the plaintiffs», the OCP said in a statement reported by Reuters.

The Polisario Front's strategy was planning to reproduce what happened weeks ago in South Africa when a 50,000-tons Moroccan phosphate vessel destined towards New Zealand was stopped in Port Elizabeth on the first of the same month. A South African court had indeed ordered a seizure of the goods.

The lawyers in charge of the case will have to provide evidence showing that the OCP subsidiary, Phosboucraa, operates within the international laws and regulations. The court will issue its ruling on the 15th of June.