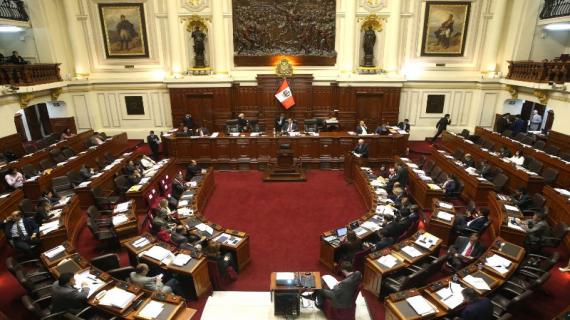 The Peruvian Congress rejected a plan to create a parliamentary friendship group between Peru and the pseudo "SADR".

The Foreign Affairs committee of the Peruvian Congress, which met for this purpose on Monday, issued an indisputable verdict to almost all of its members, rejecting the proposal on the basis of an unfavorable opinion issued by the Peruvian ministry of Foreign Affairs.

Consulted on this matter by the presidency of the Foreign Affairs committee, Peruvian Foreign minister, Ricardo Luna, advised against the creation of the said parliamentary friendship group after recalling the suspension of diplomatic relations with the so-called "SADR" in 1996, as well as the development of the Sahara issue before the Security Council for the resumption of the process on the basis of a new momentum capable of achieving a mutually acceptable political solution.

A few days earlier, minister Luna told the Foreign Relations committee that the "SADR" is not recognized by the UN.