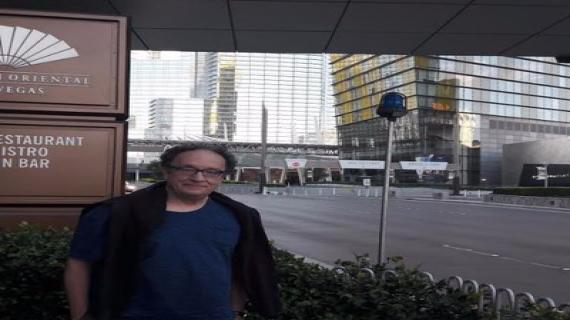 The Polisario is a ‘totalitarian organization’, representing an ideological anachronism peculiar to the Cold War era, said Spanish writer Jose Mariia Lizundia in an opinion article on La Provincia.

The Polisario “is a myth created by some Sahraoui students in Moroccan universities in the 1970s in connivance with leftist Spanish military officials of the Franco era and other left-wing politicians and newspapers in Spain,” explained Lizundia in the article that describes the Algerian-based separatists as a “relic of the Cold War.”

Historically speaking, the area internationally known as “Western Sahara” has never been an independent state, he wrote, noting that the Sahara has always been a part of Morocco. Likewise, he laid bare historical fallacies by separatists and their desperate attempts at falsifying historical facts saying that terms such as “Sahraoui Nation” has never existed. The Sahara was rather inhabited by tribes pledging allegiance to Moroccan Sultans.

In his article, the Spanish writer shed light on facets of the firm grip held by the Polisario in the camp of Tindouf. He said the separatist movement adopts “Stalinian” methods to purge any opposition to their authoritarianism in their rear base in the Tindouf camps, where slavery, summary executions, arbitrary detentions and torture are inflicted on people held against their will.

He deplored that the Polisario lacks independence in decision-making, as it remains a puppet manipulated by the Algerian military junta.

Lizundia highlighted the suffering of the people held within the Polisario-run Tindouf camps who face lethal reprisal if they venture to speak up their minds against the Polisario administration.

Yet, in his analysis, the Spanish writer gave a detailed description of the oppressive nature of the Polisario militias but fell short of highlighting the role of Algeria in creating, arming and protecting the separatist front. After all, it is Algeria under putschist President Boumedien that instigated the Polisario to wage war on Morocco and spent its oil mantra on nurturing a separatist thesis that poisoned Moroccan-Algerian relations for decades.

Algeria has also relegated the administration of a part of its territory in Tindouf to the Polisario where they engage in all sorts of abhorrent human rights violations, terrorism and criminal activities.

In the 1970s and 1980s, Algeria offered a sanctuary to Polisario militias in their guerrilla war on Morocco using hit-and-run tactics. Having recently received military equipment from the Algerian regime, the Polisario is becoming more than ever a tool used by Algiers to destabilize Morocco and sap all efforts seeking to find a lasting, political and mutually acceptable solution based on the Moroccan autonomy initiative.