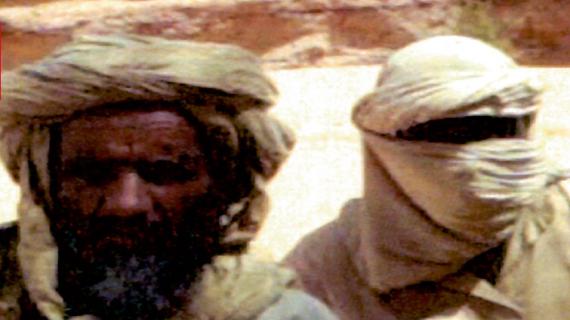 CAIRO — Algerian officials have reprimanded the regime’s longtime proxy, Polisario, for allowing an Al Qaida abduction of Westerners in the disputed region of Western Sahara.

“The Al Qaida kidnappings have been very embarrassing for Algeria

because it points to ties between Polisario and Al Qaida members,” a

Algeria has been the leading supporter of Polisario, which claims the

entire Western Sahara. Morocco, which controls 80 percent of Western Sahara, has accused Polisario of forming ties with Al Qaida Organization in the Islamic Maghreb based on joint arms and drug smuggling.

The diplomats said Saleh and other Algerian leaders were furious over

Abdul Aziz’s assertion that AQIM was behind the abduction of two Spanish and one Italian aid worker in Tindouf. They said the chief of staff demanded that Abdul Aziz retract his statement.

AQIM has been deemed the leading insurgency threat to Algeria. Over the last year, Algerian military and security operations have reduced AQI’s presence and forced hundreds of fighters to relocate to Mali, Mauritania and Niger.

The regime of President Abdul Aziz Bouteflika has sought to distance

Algeria from the abductions. The diplomats said Bouteflika has forced

Polisario to deny any Algerian responsibility for the kidnappings.

“The kidnapping did not happen in an area under [Algeria] control,”

Polisario spokesman Dahou Ould Kablia said. “It happened in an area that is beyond our control and which is under the supervision of the organization [known as] the Polisario