The Polisario Front denounces an EU delegation visit to Laayoune 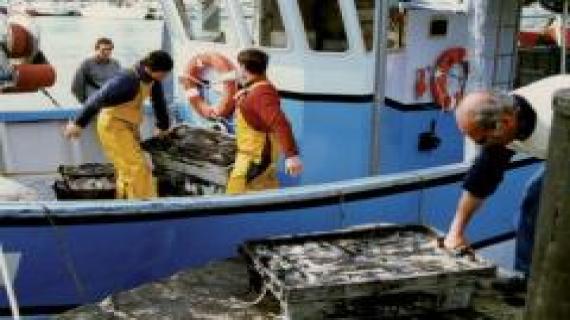 The Polisario Front has issued a statement urging the European Commission to give legal clarity over a delegation that visited Laayoune to update the list of companies authorized to export their products to the EU. Angered by this visit, the Front referred to the European Court of Justice’ ruling. Meanwhile, Morocco has succeeded in holding negotiations to overcome the obstacles set by the same verdict.

«Calling for urgent legal clarity over EU Commission visit to Western Sahara» is the title that the Polisario Front chose to protest against a Commission delegation that recently visited Laayoune. According to the communiqué posted on Monday, 18th of December, on the Front’s twitter account, a «technical delegation from the European Commission conducted an official visit to the city of Laayoune in Western Sahara».

The separatist movement was obviously angered by this visit which according to the same statement «has failed to make public important legal issues concerning the visit». Moreover, Mohammed Sidati, the Representative of the Polisario commented on that saying :

«We are not surprised to see the Commission once again acting in bad faith –there are serious legal issues concerning this visit that must be urgently clarified».

By «legal issues», Sidati was referring to the mission that the delegation was sent to convey. In fact, it intended to «update the list of companies authorized to export their products to the EU» which the Front considers as a huge violation of international laws and the ECJ ruling. Once again, the Polisario is mentioning the verdict ruled in December 2016 insisting that the Commission needs to legally obtain the consent of the Sahrawi people to «trade or undertake bilateral relations with any companies in Western Sahara».

The European Court of Justice's ruling

Since December 2016, importing products from Western Sahara was abiding by the ruling pronounced by the European Court of Justice. Following a complaint filed by the Polisario front, the court suspended an agricultural trade agreement between the European Union and Morocco because it included Western Sahara within its territory. Since then the Kingdom has been involved in a set of negotiations to find a solution knowing that the political conflict was still ongoing and was managed by the United Nations.

In fact, the European Court of Justice (ECJ) ruled that Western Sahara cannot be treated as a part of Morocco. To put it in other words no EU-Morocco trade deals can apply to the territory. However, this does not mean that importing Western Saharan products is banned.

In July, the Danish Minister of Foreign Affairs has indicated during a working session at the Danish parliament, that importing «Western Sahara products is legal and does not violate the international laws since the population of the region is benefiting directly from the local resources».

When contacted by Yabiladi, the Danish Ministry of Foreign Affairs, explained that «according to the European Commission, the verdict reached by the Court of Justice of the European Union the 21st of December 2016 concerning the agreement between the EU and Morocco, does not imply a ban on imports of products originating in Western Sahara». It also insisted that Denmark supports the negotiations between the European Commission and Morocco to ensure that products from Western Sahara will enjoy previous tariff preferences to the benefit of the local population.

Speaking of negotiations, last April, the European Commission was able to get the green light from the EU states to launch negotiations with Morocco in order to arrage agreements that would not intervene with the CJEU’s decision.

In October the 4th the Secretary General of the Ministry of Fisheries, Zakia Driouich, announced at a meeting attended by Moroccan producers and their EU counterparts during the Conxemair Trade fair organized from the 3rd to the 5th of October that Morocco is eager to conclude a new fisheries agreement with the European Union.