Polisario leader forced to flee his headquarters after tribe protests 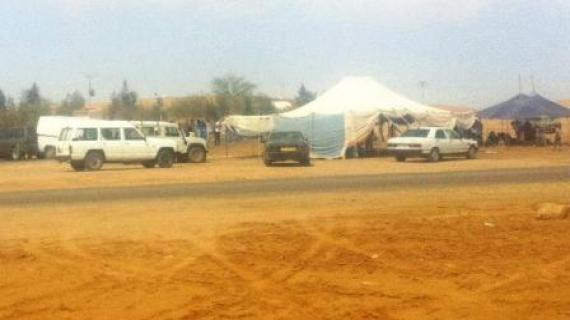 Polisario Front chief Mohammed Abdelaziz has been reported to flee his headquarters Sunday after tribe protests in the Tindouf camps.

The protests were ignited due to the arrest of two members of the Sawaid and Lbihat tribes by Algerian customs officials for allegedly possessing illegal cargo, according to a communiqué of the Forum de Soutien aux Autonomistes de Tindouf (Forum of Support of Autonomist of Tindouf), which was obtained by MWN.

Relatives of the arrested gathered in front of the Polisario headquarters calling for Polisario chief Mohammed Abdelaziz to take responsibility for the consequences of the decision and the safety of those arrested.

Several high-profile figures promise the demonstrators that the two arrested will be released in an attempt to contain the protests and avert any unwanted scenarios.

However, protesters decided to spend the night in front of the headquarters until the arrested are freed.