Polisario spearhead of terrorism in Mali 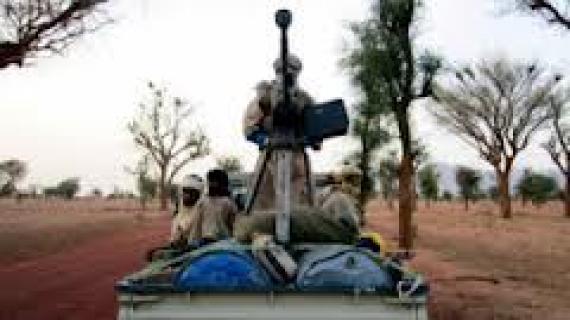 The rumour is not a rumour! It has become an irrefutable truth,which is hard to deny: the Polisario remains an armed terrorist Sahel-Saharan organisation and has a policy of destabilisation in the Maghreb.

300 "fighters" of the Polisario, either incorporated or in Mujao active elements, are in fact the smoke screen of a misguided policy that has ruled many minds for years.

We have been saying this to remind people  ... and now an expert, from Tunisia has just described his deep involvement in the terrorist movement Mujao (Movement for the uniqueness and Jihad in West Africa) itself  a dissident branch – but an objective ally of Al Qaeda  in the Islamic Maghreb (AQIM). It is not the government or the Moroccan authorities who claim this, but an academic Tunisian who has just completed a working visit to Mali, which is certainly witnessing one of the serious modern international crises.

Alaya Allani, since it is she that has published a long study in the journal "Al Arabiya Institute for Studies" which has educational value. The MUJAO, she writes, "includes about 1,000 fighters and is composed of foreign elements, between 300 and 200 members of the Polisario militants of the terrorist group Boko Haram, as well as other activists from certain African and Arab countries in the region writes the academic

who had travelled to Mali to assess the situation in this country. " This finding,  is at least neutral and especially not from a Moroccan  source which epitomizes a reality Morocco, supporting arguments, which it  had repeatedly denounced. Curiously, the study by Alaya Allani comes at the same to time corroborate the one of Yonah Alexander, director of the Center for International Studies against terrorism (ICTS), which is from the Potomac Institute in Washington. It also says that "the rallying dozens of members of the Polisario and MUJAO in northern Mali is the result of a logical radicalisation of some of the Polisario and the exacerbation of conditions in the Tindouf camps where people are held against their will by separatist militias. "

A pressing force for the AQIM war,two analyses which are not contradictory, but subtle, and complementary. We learn of the  new vocation, increasingly displayed by the  Polisario, its ties with the most violent terrorist group Al-Qaeda inspired and practiced in the region.

Paradoxically, it would be interesting to know how the Algerian government welcomes such forfeiture, and how it realises how its offspring, creates a certain May 1973, planting the dagger in its back? The information that appeared last Saturday also emphasises that "the finding of the Tunisian academician are consistent with the findings of several American experts according to which the Polisario, is guilty of collusion and complicity with AQIM, as evidenced by the kidnapping of Western citizens in heart of Tindouf, turned into extra strength for the war declared by AQIM and MUJAO against the West. ". We do not forget, also, how it engages in drug trafficking, arms coming from Libya, and how it frightens people to death since 1975 sequestered in  the Tindouf camps of Lahmada. Collusion does not date from yesterday, 300 "fighters" of the Polisario, incorporated or in active Mujao elements, are in fact the smoke screen of a misguided policy that for years many minds. It may take one day to try to separate things. In this case highlight this reality in November 1975, after the Green March, it is only a few thousands of Sahrawis who were forcibly taken to the Tindouf camps, under the threat of bayonets Algerian security. He has never acted a "Saharawi people" as the propaganda of the Polisario and the Algerian services have continued to believe, including a statement over 100,000 Sahrawis 'refugee' or even nearly 1 million ... This aspect of the Algerian-Polisario propaganda is more indicative of a desire to mislead world opinion on the existence of a real people, justified by a staggering fabricated, while the Algerian and their hirelings Polisario "salvaged" and enlisted force people into disuse following the severe droughts of the eighties, in northern Mali, Niger, Mauritania and the Sahel in general to increase the number of people parked in Tindouf.

Hence the impossibility for many years for the UNHCR (UN High Commissioner for Refugees United Nations) to go to the Tindouf camps to distinguish between genuine and Saharan Sahrawi "made" because they were approached by the Polisario and the Algerian government lying together in their policy! This is the geopolitical reality of an era of trouble and twisting things! We now collect benefits, the region has become a kind of leopard skin, cut between legality and destabilisation displayed  and implemented as a steamroller. The Polisario versus Mujao, now fights alongside al-Qaeda and tells us nothing, as it is true that the vast "no man's land" that is the Sahel-Sahara has porous borders, not to say non-existent borders and is also a geographical extension of a vision by which Al-Qaeda exploits the Polisario, taking into consideration the despair of young people who, by dint of waiting and hoping under the blazing sun in the Tindouf camps, decide their "everything goes ..."!

The Algerian government, which has long played with fire, as well as the Sahara, the Sahel and the North of Mali, has not finished measuring the serious danger that points to the southern horizon. The recent bloody affair at the gas complex of Amenas however, should give food for thought, to reveal the dark side that persists despite the cover up.

Wedo not include here the secretary general of the FFS,  Ali Laskri , who, during a session of the National Council of the party, held on Friday in Algiers, said that "the terrorist attack perpetrated on 16 January reminds him  suddenly ( ...) of the high vulnerability in terms of the security, economic and political life of our country, but also the lack of democracy and freedom, nepotism, corruption, the exercise of power outside the institutional framework and control, the marginalization of elites and contempt for people, now dangerously threaten country's stability and its future. " Duly noted!  By Mujao, AQIM and the others.