The Polisario teams up with the Swedish far-right 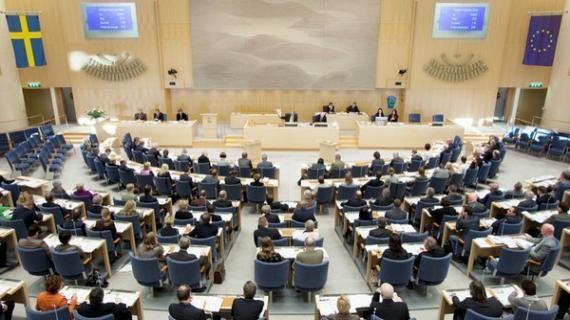 Wednesday, December 5 could be a day of great victory for the Polisario Front’s diplomacy. The Swedish Parliament has indeed passed a motion calling on the government of the country to recognize the Sahrawi Arab Democratic Republic-SADR-, following extensive lobbying by the Polisario Front representation in Sweden, which was supported by the Algerian embassy, for more than six months.

In January, the Polisario Front representative in Stockholm, Alyen Habib El Kentaoui, met with officials of the Ministry of Foreign Affairs. He also visited the Swedish Parliament several times, where the president of the Intergroup for the Sahara had prepared appointments with Social Democrats, the Left Party and the party of the Environment. The motion prepared by the party of the Left, under the pressure of various civil society organizations including the Emmaus, has been filed, but according to its promoters it had no chance of being adopted.

The representative of the Polisario Front, aware of this deficiency, has met with leaders of the Sverigedemokraterna Party (a far-right party with 20 seats) several times behind the scene. According to deputies from the ruling majority who voted against the motion, the representative of the Sahrawi independence Front was able to lure Swedish Democrats’ leaders with anti-islamism, including Pär Norling who had explicitly called for all Muslims to be expelled from Sweden. For members of the Swedish far-right, the Sahara is seen as “a secular country oppressed by an Islamic monarchy.”

At the announcement of the adoption of the motion by the Parliament with the support of the far-right, several Social Democrats are said to have contacted the Swedish government to urge them to reject this motion. At 42 Torsgatan Street in Stockholm – the headquarter of the Polisario Front representation, the joy was short-lived.