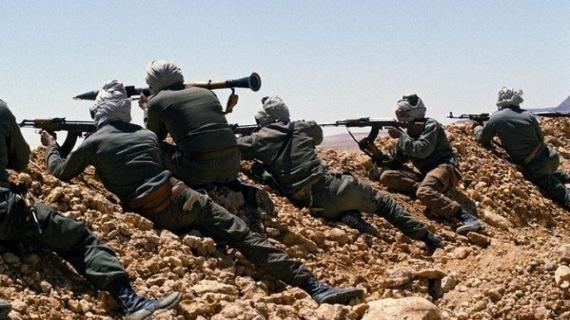 After threats of armed attacks launched against the Kingdom by the separatist activist Haidar from Madrid last week, the bellicose rhetoric apparently honed and synchronized is still recited on the day of the arrival in the camps by the Personal Envoy of the Secretary General of the United Nations in the Sahara, Christopher Rossfom  the U.S..

According to the Arabic daily Al Khabar, the Polisario Front has threatened to carry out armed attacks against targets in the Moroccan southern provinces.

The front has specifically designated as priority target the Moroccan Royal Armd Forces belt in the Sahara.

The same source indicated that on 10 March  the Polisario had tried to anticipate the visit of Ross by an armed attack against the security wall, but remained unable to take action.

Polisario had then blamed the attempt of a group of young Sahrawis, who tried according to  propaganda to launch their unsuccessful attack in response to the verdict in Rabat against the 24 convicted of murder and mutilation of the bodies of  police at  Gdim Izik .