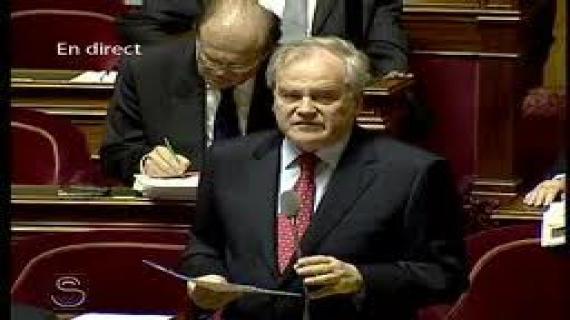 The French-Moroccan friendship group at the French Senate rejected a pro-Polisario Conference slated for Saturday in senate meeting room, describing the move as a “political rally” which “hampers the work of French diplomacy.”

In a statement to MAP, the group’s president, Christian Cambon, expressed his “dismay” at the initiative of Senator Leila Aichi, of Algerian origin, to organize this conference on human rights in the Sahara, to which only those known for their pro-Polisario stance were invited.

“The Senate French-Moroccan friendship group completely detaches itself from this initiative which does not contribute to reaching the truth or solving this issue,” said Senator Cambon.

The friendship group, he said, “reiterates its support for France’s official position, as expressed by former President (Nicolas) Sarkozy, and more recently, by Prime Minister Jean-Marc Ayrault in Rabat “in favor of a political solution based on the Moroccan autonomy plan.