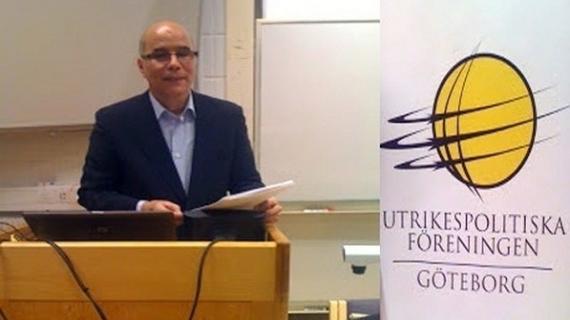 Aline Habib El Kentaoui decided to return to Morocco and seek rehabilitation in the country as a Moroccan citizen.

According to  Assabah the decision of the Polisario Front separatist representative in Sweden, comes days after a recent visit he made to his family in the southern provinces, the city of Laayoune.

RECOGNITION OF POLISARIO  AGAINST  SWEDISH MISSILES FOR ALGERIA

Sources, has cited the newspaper, indicated that  Polisario leaders and Algerian secret service chiefs  joined forces to try to prevent his return, but without success.

Indeed, Aline Habib El Kentaoui must Polisario and the Algerian regime, the 'success' motion to pass the symbolic  Swedish Parliament recommendation to the recognize  the republic proclaimed by the Sahrawi separatists south western Algeria.

In addition, media reports revealed that the Swedish parliamentary manipulation was intended to facilitate the sale to the Algerian regime,naval missiles, produced by the Swedish industrialist Saab, which will be used to arm class Corvettes Meko, purchased by the Algerian generals to Germany.