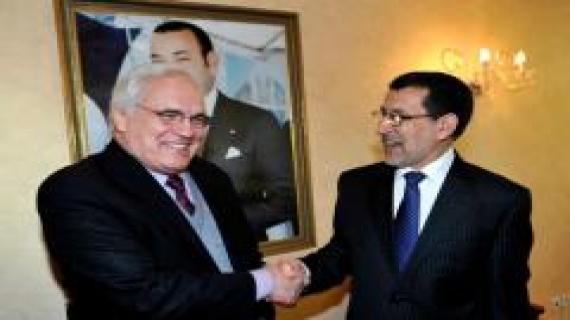 In a statement to the press following his meeting with the Minister of Foreign Affairs and Cooperation, Saad El Dine Otmani, Ross said he "begins a new tour in Rabat devoted to the search for a solution to the Sahara issue, consistent with successive resolutions of the Security Council, that  the situation in the Sahel region and its vicinity, makes a solution to the Sahara issue more urgent than ever. "

He likewise recalled having conducted extensive meetings with the head of government, the Minister of Foreign Affairs and Cooperation and the presidents of the two chambers of parliament "on how best to advance the process of negotiations."

"I must also meet the Minister of the Interior and others," he added, claiming that "the findings of this tour will be submitted to the Security Council on April 22."