Ross without much hope in Algiers

After he visited the Polisario headquarters in Tindouf earlier this month, the UN envoy for Western Sahara, Christopher Ross, returned in Algeria Sunday hoping to find there an outburst of “realism” as recommended by the Security Council for the resumption of negotiations with Morocco in a bid to reach a settlement of the Western Sahara issue.

Since the beginning of the year, Christopher Ross has multiplied shuttle trips to Algeria. He visited the Tindouf camps last February and met with the Polisario leaders who run the Sahrawi camps with an iron fist.

On September 5, Ban Ki-Moon’s mediator returned to Tindouf, but did not meet with the Polisario leader Mohamed Abdeaziz. The non-planning of such a meeting was seen as a sign of the discontent of the Algerian military intelligence services over the UN envoy’s pressures on the Separatist Front to return to the negotiations table.

Today, Christopher Ross is back in Algiers after a visit to Spain. He will undoubtedly re-state what has been repeatedly emphasized: the international community considers it essential that the Polisario and Algeria show more flexibility and resume the negotiations.

Two options are on the table, the Morocco-proposed autonomy plan for Western Sahara and the Algeria-Polisario backed independence option for the region.

According to informed sources, the Group of Friends of Western Sahara (United States, Russia, Britain, France and Spain) is opposed to the creation of a Sahrawi republic as claimed by Algeria. For the group, the worst scenario that can happen in the present context is the creation of a new source of tension in the Sahel-Sahara region, already weakened by insecurity and instability.

The case of Mali, Libya, Nigeria, Somalia … are clear indicators of the destabilizing threat posed by terrorist groups and separatist movements throughout the region. And the international community is fully aware of these threats. 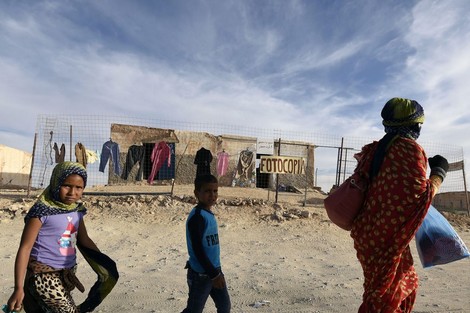