Russia opposes the expansion of the MINURSO’s mandate: FM 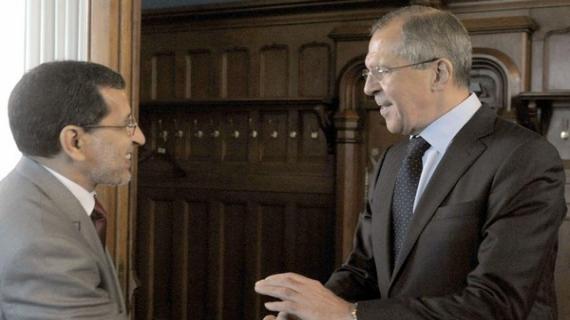 During his briefing to the Parliament on Monday, Saad Eddine El Othmani, Minister of Foreign Affairs and Cooperation stressed that the proposal put forward by the American administration on the expansion of the powers of MINURSO to include human rights monitoring in the southern provinces “will not pass,” adding that Russia has announced its opposition to such a step.

The Minister went on to add that among the indication that the draft resolution won’t be adopted is that from a legal standpoint “any resolution of the Security Council should be adopted through compromise between the parties,” pointing out that any resolution that is not based on compromise does not reach the stage of adoption.

Othmani pointed out that the “separatists were defeated politically” and, therefore, are trying to “create some political cover” for their failure, since they “were unable to provide any proposal to resolve the Sahara conflict.”

It should be noted that contrary to what has been said by the Moroccan Foreign Ministry, there is no legal basis in the Security Council that says that a resolution must be adopted by consensus. However, what is more accurate is that the UN practice especially as regards the question of the Sahara pushes the 15-council members to adopt any resolution regarding the conflict through consensus, especially since it is adopted under chapter VI of the UN Charter The same applies to the resolutions adopted by the United Nations Special Political and Decolonization Committee, which adopts in October of every a resolution on the Sahara through consensus.

In accordance with the United Nations Charter, the provisions of a Security Council resolution adopted under Chapter VI of the treaty cannot go into effect without the concerned country accepting to abide by them.