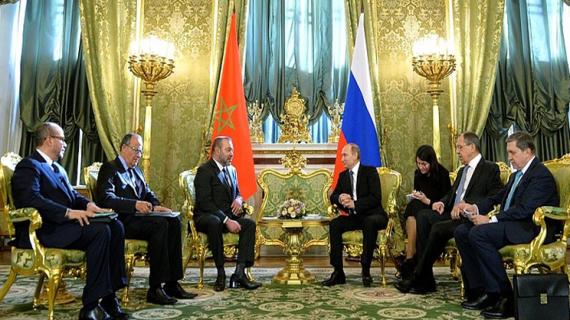 The Russian Federation and the Kingdom of Morocco are against any violation of the UN Security Council resolutions regarding the settlement of the Sahara issue.

The statement comes the heightened tension between Morocco and United Nations Secretariat after Secretary General, Ban Ki-moon made statement that have been regarded as biased by the Moroccan government.

Russian Foreign Minister Sergei Lavrov for his part, stressed at a press briefing that the UN should “continue to play a constructive role despite recent misunderstandings”. “It’s an old problem, a very serious problem. (…) But we see no other solution than seeking a compromise,” he insisted.

During his recent trip to Algiers and the Tindouf camps on March 5-7, the UN chief used the term “occupation” while referring to Morocco’s sovereignty over the Western Sahara.

In addition to the use if the term “occupation,” the UN chief stressed that the UN Mission in the territory, known by its French acronym as MINURSO, was “ready to conduct a referendum of self-determination if the parties involved” agreed to proceed with it.

The Moroccan government saw in this statement a deviation from UN Security Council resolutions adopted since 2007, which call on the parties to strive towards reaching an agreed upon and mutually acceptable political solution.

Morocco reacted angrily to Ban’s statement and accused him of bias in favor of the Polisario and of “departing from his neutrality and impartiality and UN chief.”

The UN chief comments are “are politically inappropriate, unprecedented, and contrary to Security Council resolutions,” the statement issued by the government last Tuesday said.