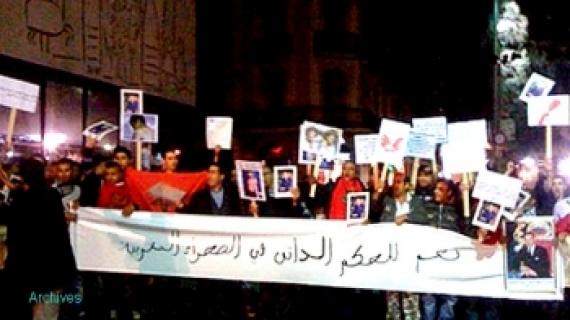 The International Union for the Support of Autonomy Project in the Sahara (known by its French acronym UIPSPAS) on Thursday warned against politicizing the trial of Gdim izim events, which occurred during and after the dismantling of a protest camp near the southern city of Laayoune in 2010.

The politicization of the trial would deprive it from objectivity, impartiality and respect for the feelings of the families of the victims, UIPSPAS said in a statement.

Twenty-four people have been arrested and have appeared before the military court in Rabat as a result of their involvement in the events that date back to November 2010. The defendants respond to acts related to the formation of gangs and the death of police officers and mutilation of the dead bodies.

The trial, which started on February 1, takes place in the presence of national and international observers, and several associations and human rights NGOs.

The International Union for the Support of Autonomy Project in the Sahara expressed its surprise at the position of “some national and international human rights NGOs that seek to reverse the roles of victims and victimizers”, deeming that these positions are “political and inconsistent with the noble principles of human rights, which advocate the respect for the right to life, justice and equity”.

These atrocious crimes, said the source, are not the result of "an exchange of violence, but a unilateral aggression orchestrated by the enemies of the nation."

On October 10, 2010, residents of Laayoune drew a tent camp in Gdim Izik to claim social demands. Moroccan authorities initiated a dialogue and then presented a series of steps to respond to these demands gradually. But the dialogue did not result in ending the situation on the ground. Moroccan authorities then decided to peacefully dismantle the camp.