Sahara: Ban says “no party will obtain the totality of its demands” 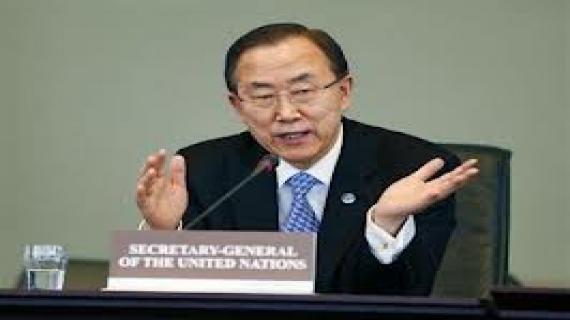 In his annual report on the “Situation concerning Western Sahara”, the United Nations Secretary General, Ban Ki-moon, called on the parties to move beyond their stern positions and pave the way towards finding a solution to the conflict.

In the report that will be presented to the UN Security Council later this month, which was obtained by Morocco World News, the UN chief expresses his concern that the Mali conflict will spill over into the Sahara region and called on the international community to find an urgent settlement to the longstanding dispute.

“All governments consulted raised serious concerns over the risk that the fighting in Mali could spill over into neighboring countries and contribute to radicalizing the Western Saharan refugee camps,” Ban said in the 24-page report.

“The rise of instability and insecurity in and around the Sahel requires an urgent settlement of this long-standing dispute,” he added.

To achieve a long-lasting and mutually acceptable solution to the territorial dispute, the UN Secretary General urged the parties to “engage in genuine negotiations with the assistance of the his Personal Envoy.”

Moreover, Ban makes it clear that no party can expect to obtain the totality of its demands, hence, the need that the two parties, Morocco and the Polisario, “move beyond presenting and defending their respective proposals.”

“Each party must accept that neither will obtain the totality of its demands, but rather has to engage in a logic of give and take”, said the report in a direct message to the parties to show more flexibility and realism in the negotiation process.

The UN leaders called on Morocco and Algeria to overcome their differences and improve their relations through the opening of borders and the promotion of trust, calling the improvement of the relations between the two neighbors a “key element in overcoming the current instability” in the Sahara and the Sahel region and paving the way for a settlement to the territorial dispute.

“I am hopeful that progress on this front will help enhance trust between the parties and provide a context conducive to a solution for the Western Sahara conflict,” he noted.

Ban went on to say that “the persistence of the conflict is a hindrance to greater Maghreb  integration which is needed now more than ever in order to face the common challenge of increased instability and insecurity in the region.”

Unlike last year’s report, the new report makes no clear recommendation to the Security Council to set up a mechanism to monitor human rights abuses in the Sahara, a demand which has been put forth by the Polisario and its backers, chief of which are Algeria and South Africa.

However, it stresses the need for independent, impartial and sustained monitoring of the situation of human rights in the region.

“Given ongoing reports of human rights violations, the need for independent, impartial, comprehensive and sustained monitoring of the human rights situations in both Western Sahara and the camps becomes more pressing than ever,” says Ban Ki-moon in his recommendations to the 15-member council.