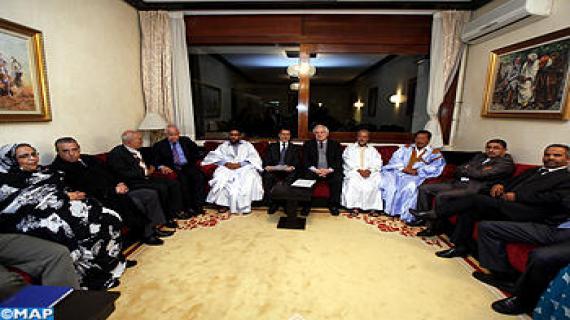 Special Envoy of the UN Secretary General for Western Sahara, Christopher Ross, will this Friday in Laayoune, and will stay until Sunday, as part of his second visit to the Sahara, after the November 2012.He will also visit Dakhla for two days on Sunday, according to diplomatic sources.

The same day, the UN envoy also met with the head of government Abdelilah Benkirane.

Both parties, eviewed the latest developments in the region marked by the rise of instability in the Sahel. A situation that makes increasingly necessary to find a settlement to the artificial conflict about the southern provinces, said a statement from the presidency of the government.

Resolution of the dispute is "more urgent than ever"

On Thursday, Christopher Ross met  the number 1 of the Moroccan diplomacy, the Minister of Foreign Affairs and Cooperation, Saad El Dine Otmani.

"The situation in the Sahel region and its vicinity makes a solution more urgent than ever. In this regard, I conducted extensive meetings with Moroccan leaders on the best way to advance the negotiation process. " said

Christopher Ross, the special envoy of the UN Secretary General for the Sahara.

He said he would also meet before his departure, the Interior Minister, Mohand Laenser, and other "personalities". Christopher Ross will also travel to  Mauritania and Algeria.

While the UN will look at the renewal of its mission (MINURSO), next month which  has supervisd the cease-fire since 1991, he noted that he would present the findings of his trip to the Security Council on 22 April.