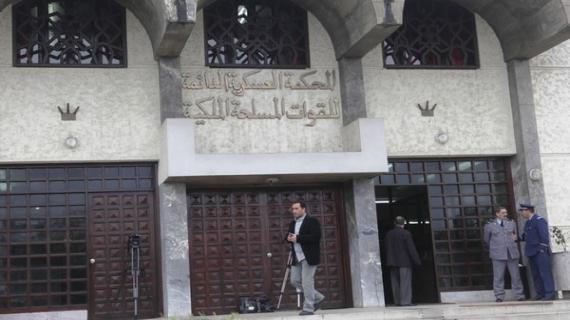 Four Italian observes, who had attended the “Gdeim Izik” trial, have confirmed the due process of the trial, in which 24 Moroccan defendants were accused of damaging the internal and external security of the state, constitution of criminal gangs and committing violence against security forces, premeditated murder and mutilation of corpses.

The four lawyers concluded that the conduct of debates and discussions was a “clear indication of a fair and balanced trial.” They described the trial as “transparent and well organized,” and noted that the defendants appeared freely and had freedom of speech and expression “as they were all the time chanting pro Polisario political slogans”. Moreover, “the accused were wearing traditional Sahrawi outfits, they were not handcuffed and had direct contact with the public in the court.”

According to the report, a significant number of international observers and several national and international newspapers had the opportunity to attend the trial in the court and have seen and heard how the events occurred during the dismantling of the Gdeim Izil camp. This was possible thanks to the translation into four different languages: Arabic, English, French and Spanish.

According to the report, the prosecutor based his claims on video and photographic evidence as well as testimonials. The judge gave the necessary time to all parties to present their arguments. In addition, he guaranteed the right of the defense to the needed time to speak and prove the innocence of the accused.

While the trial was claimed to be a political one by some sources, the Moroccan government insisted on demonstrating its good faith, and invited international observers to monitor that human rights were guaranteed and respected throughout the process.

The four Italian lawyers were among more than 60 observers from 11 countries, including members of the Council of Human Rights (USA), members of Amnesty International (France), lawyers and legal scholars from Spain, Italy, France, Luxembourg, and representatives from numerous NGOs, in addition to international journalists.

The trial took place “under normal conditions and was marked by due process,” said Morocco’s National Council of Human Rights (CNDH).

After the verdicts were announced, relatives of the dead security officers expressed satisfaction with the court’s decision and felt that justice had been done.

The “Gdeim Izik” case made headlines in Morocco since 11 members of the Moroccan security services were killed while peacefully dismantling a protest site outside of Laayoune in November 2010. In the interest of maintaining public order, government officials had ensured that the protest camp was safe, that there was free movement within it, and that it was stocked with water, medicine, and emergency personnel.

A dialogue had also been initiated with representatives from the protest group, meeting on a near daily basis to address their job demands and other concerns. Unfortunately, it soon became clear that violent, pro-Polisario elements were attempting to hijack the protest and take advantage of the situation.

Accordingly, security forces were called in to peacefully dismantle the protest site before the circumstances deteriorated further.They entered the camp carrying only non-lethal weapons and were met by armed men equipped with machetes and Molotov cocktails, among other weapons. Violent clashes started, and quickly spread to Laayoune, where militants took to the streets, throwing improvised explosive devices and stones at Morocco forces, urinating on dead bodies, setting fire to buildings, and causing significant property damage.