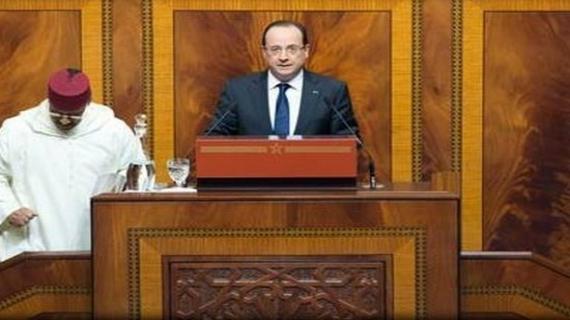 The autonomy plan is a “serious” and “credible” basis for a negotiated solution to the Sahara issue, French President François Hollande said Thursday.

Morocco’s intuitive to grant large autonomy to its southern provinces, the Sahara, is “a serious and credible basis for a negotiated solution to the Sahara issue”, François Hollande said before the members of the Moroccan parliament.

On this occasion, the visiting French President reiterated his country’s support to the UN efforts to reach a definitive solution to this issue.

Holland also underlined the necessity to strive for the revival of the Maghreb Union, which would promote regional integration as a strategic choice in the interest of the peoples of the region.