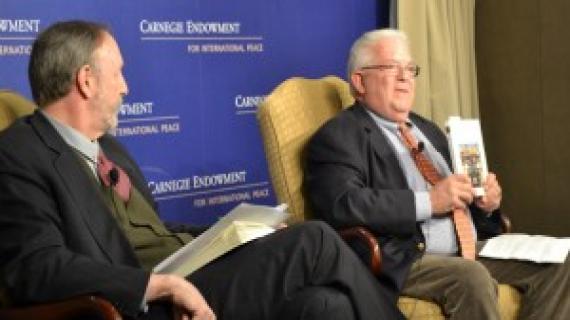 New York- Several experts and observers took the floor at the UN General Assembly 4th commission to affirm the “unrealistic” nature of the separation option as a solution to the Sahara issue, arguing that the Moroccan autonomy proposal remains the “hope for a way out to the crisis”.

For British human rights activist, Andrew Rosemarine, the Moroccan proposal to grant the territory autonomy under Moroccan sovereignty is restoring hope for “a peaceful way out to the crisis”. He stressed that Morocco continues to hold out a friendship hand to all its neighbors and is endeavoring to consolidate the autonomy initiative setting forth advanced regionalization.

Gale Sherrill, president of the “Landing Community Church” Ngo, recalled that numerous observers are turning down the separation option as an unrealistic approach, insisting that parties will ultimately come to the conclusion that the only viable solution is reintegration of the Sahara populations sequestered in Tindouf in their homeland, Morocco.

Settling this artificial dispute will, undoubtedly, serve the interest of families who have been separated for too long, she went on, before calling for “dismantling the Tindouf camps to ensure a better future” for the entire region. Taking the floor, Ziad Al-Jabari, president of the Moroccan-Palestinian friendship association, underlined the pertinence of the Moroccan autonomy plan, arguing that in his numerous visits to the region, he could find out, first hand, about the economic development and the sustainable development projects carried out by Morocco and he felt that populations are looking forward to ending the crisis that has been triggered by a neighbor country.

On his part, former special representative of the UN secretary general for the Sahara, Erik Jensen, recalled that the Security Council has repeatedly praised the Moroccan autonomy plan and warned against the risks of an “armed conflict” in the region. He recalled since Morocco proposed the autonomy plan in 2007, the UN Security Council has been describing it as “serious and credible”.

Failing to settle the issue, will destabilize the region, encourage illegal migration and increase the terrorist threat, or even armed conflict, he further warned, insisting that the best remedy is to establish peace, stability, cooperation and economic development to which the Sahara dispute is an obstacle. He added that the Polisario will have to renounce to some aspirations and should have the political courage to make some compromises, insisting that the situation hinges, however, on other influential parties, such as Algeria which has a “central part”.