Sahara: Morocco cancels annual joint military exercise with the US 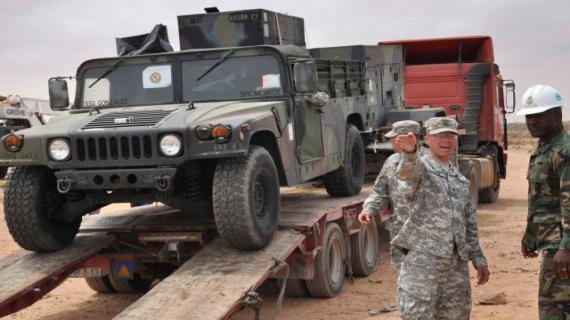 Following the announcement made last Friday by the US Embassy that Washington to push for the inclusion of a human right monitoring mechanism in the MINURSO mandate in the Sahara, Morocco decided to cancel the a annual African Lion exercise between Morocco’s Royal Armed Forces and the U.S. military, that were scheduled to take place in southern Morocco starting from tomorrow Wednesday April 17.

According to the Moroccan news outlet lakome.com, which cites sources from the US embassy in Rabat, Moroccan informed formally the United States on Tuesday. The same source cited by lakome hinted that the cause behind the decision is “political” and has nothing to do with logistics.

Others sources contacted by Morocco World News confirmed that Rabat has decided to cancel the military exercise in response to the American position with regard to the establishment of a human rights monitoring mechanism in the Sahara.

The last time this joint military exercise was held was from April 7 to 18 in 2012 and saw the participation of over 1,000 U.S. Marines and 200 soldiers, sailors and airmen, in addition to 900 Moroccan soldiers.

The annual exercise aims to enhance cooperation between Morocco’s Royal Armed Forces and the U.S. military during civil and military training operations.

US Defense official confirmed reports that this month’s so-called African Lion annual joint military exercises between the United State and Morocco had been cancelled, according to AFP.