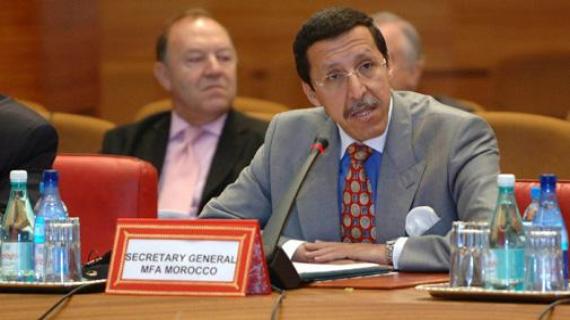 The call from the Permanent Representative of Morocco to the United Nations Office at Geneva, which refers to the resolutions of the Security Council requesting since April 2007, "the parties and States of the region to cooperate fully with the United Nations and with each other to achieve a political solution, "occurred in the context of the right of reply to the remarks of the Algerian Minister of Foreign Affairs who spoke during an address to the 22nd session of the Council of Human Rights, the Sahara issue by referring to the recommendation of the Secretary-General's latest report of the United Nations concerning the protection of human rights in the Sahara.

In his speech, Omar Hilale noted that paragraph 106 of the observations and recommendations section of the report in question states that "all parties have responsibilities regarding the protection of human rights" and that "therefore This recommendation is also intended to Algeria, as host country populations in Tindouf camps, in accordance with international law. "

The Moroccan diplomat recalled, in this regard, that Algeria is involved in a triple way: the political process to search for a consensual political solution to the dispute in the humanitarian field for the implementation of measures Âœuvre UNHCR confidence and respect and protection of human rights in the Tindouf camps.

Regarding the situation of human rights in the Moroccan Sahara, Hilale stressed that Morocco fully assumes its national and international commitments to ensure respect for human rights for all its citizens and all its national territory, recalling in this respect that the Kingdom has received five special procedures until 2011, three other procedures in 2012, and is about to receive three other mandate holders in 2013.

This respect was confirmed by the Secretary General of the UN who welcomed in paragraph 121 of its report in April 2011 "of Morocco's commitment to ensuring access without conditions and without barriers to all mandate holders special procedures of the Council of Human Rights, "said Hilale.

Compliance by its commitments Morocco has also been recognized and confirmed by the Security Council welcomed in its resolution of April 2044, the "installation Dakhla and Laayoune, in the region of the Sahara, regional commissions of the National Council for Human Rights, and measures that Morocco has taken to fulfill the commitment it has made to provide access without reservation to all mandate holders of the Special Procedures Council of Human Rights of the United Nations ", he said