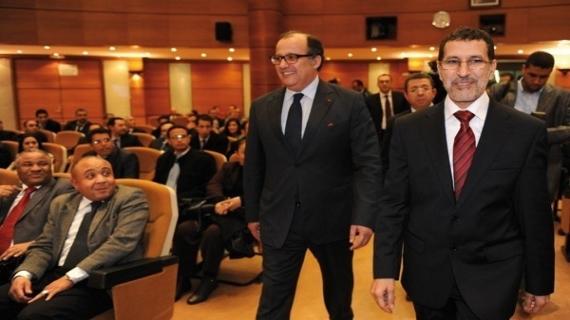 Morocco is in political,civil and diplomatic mobilisation, since the announcement last Monday in New York, of a draft resolution presented by the Obama administration, which has now acquired the polisario theses and greedy for Algerian money, with the resolution to extend the mandate of MINURSO to reduce Morocco's sovereignty over its southern provinces.

According to the London newspaper Al Quds Al Arabi King Mohammed VI and the head of government Abdelilah Benkirane agreed to deploy worldwide diplomatic force composed of ministers, royal advisers and leaders of some political parties of the left.

those who are still respectable and responsible in the U.S. Government.

The Minister for Foreign Affairs, the Istiqlal Youssef Amrani will visit China.

England now finds itself with the number 1 of the Moroccan diplomacy the Islamist Foreign Minister Islamist Saad El Dine Otmani, t and he will be joined there by another advisor to the King, Taib Fassi Fihri after visiting Madrid.

Finally Ismail Alaoui one of the political leaders of the Party of Progress and Socialism (PPS), goes to Moscow for express contacts with the Russian government.

Note that the government Abdelilah Benkirane said Tuesday, April 16, his most emphatic rejection of the American project.

The Obama administration has allowed its interests to see its alignment, with the position of Algeria, the great promoter of chaos and insecurity in North Africa.