Sahara: Ross Calls for a Settlement that “is Honorable to all” 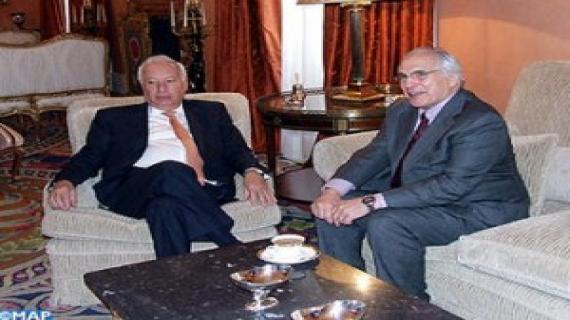 Following his meeting with the Spanish Foreign Minister,  José Manuel Garcia-Margallo, in Madrid, Christopher Ross, the United Nations Special Envoy to the Sahara, warned in a statement that “new hostilities could break out in Western Sahara unless there are “serious negotiations” on its future, AFP reported on Monday. The Conflict  “had gone on for too long”, said the UN envoy.

“Some people might be tempted to believe it is too risky to disturb the status quo in search of peace in the North African territory, he said in a statement.

“I am convinced that this would be a serious miscalculation, especially since the status quo is now threatened by the rise of extremist, terrorist, and criminal elements in the Sahel region,” he added.

“This dispute, if left to fester in this new situation, could spark renewed violence or hostilities that would be tragic for the people of Western Sahara and for North Africa as a whole,” he said.

The UN showed his conviction that the conflict could be solved if the parties to the conflict, Morocco and the Polisario, to engage in “real dialogue and compromise to find a solution that is honorable to all”.

Christopher Ross urged the parties to “move swiftly” into serious negotiations, called on other powers to “use their influence to encourage them to do so.”

Ross’ visit to Spain is part of a tour in the region during which he visited Morocco on October 27.

The visit aims to relaunch the process to reach a final and consensual political solution to the Sahara conflict.

The UN envoy is due to arrive in Paris Tuesday and will soon visit Washington, London and Moscow for consultations before returning to North Africa for further mediation.

Over the past two years, Morocco and the Polisario have held 9 informal rounds of negotiations under the auspices of the United Nations Secretary General’s Special Envoy, Christopher Ross. The last round of negotiations was held last March in New York. All of these negotiations have ended without any progress.

Many analysts voice their concern that the current informal negotiations over the future of the Sahara are leading nowhere and that the Security Council ought to adopt a new approach in order to put an end to this long-lasting dispute.