Sahara: Ross says time not right to hold talks between Morocco and Polisario 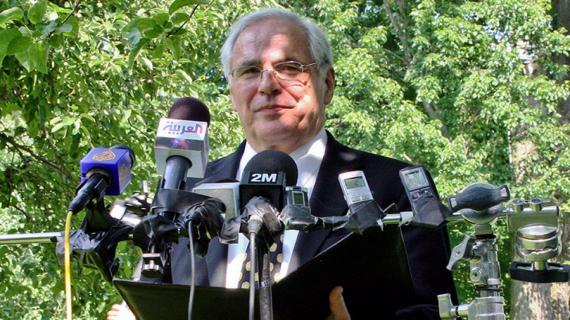 Ross said that he will return to the region in the coming weeks to build on his new approach with the view to paving the way towards bringing Morocco and the Polisario Front to the negotiating table.

Ross stated, however, he will “convene another round of face-to-face negotiations between the parties only when prospects for progress at a joint meeting of the parties improve.”

Morocco, on Wednesday recalled its ambassador to Algiers for consultations in protest over Algeria’s President Abdelaziz  Bouteflika statement about situation of human rights in the Sahara.

At a conference in Nigeria on Monday, a speech read in Bouteflika’s name by an Algerian minister made a new call for the UN mission in Sahara to have a human rights monitoring mandate.

This decision follows the increase in acts of provocation and hostility of Algeria against the Kingdom, particularly with regard to the regional dispute over the Moroccan Sahara, reads the statement of the Moroccan Ministry of Foreign Affairs.

“More specifically, the hostile message sent on October 28 by the Algerian President to a meeting in Abuja against Morocco illustrates this deliberate escalation and confirms this approach, which consists in maintaining the status quo,” adds the statement.