Sahara: Spain threatens Morocco, after the 'success' of the visit of François Hollande 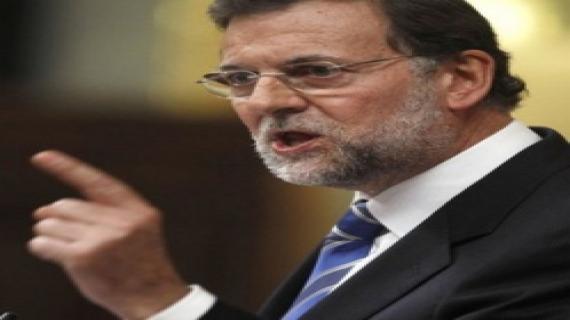 At a joint press conference with Ban Ki-Moon at United Nations Headquarters in New York, the head of the Spanish Government, Mariano Rajoy said that Spain supported the efforts of the UN in the Sahara and continue to defend the principle of self-determination under the UN resolutions.

The sign was quickly detected from Rabat, as a Spanish turnaround threatening, which occurred after the apparent success of the state visit the French president made the kingdom last week, during which François Hollande confirmed his support for the proposal autonomy presented by Morocco.

Spain considered the French economic offensive in the kingdom led by Hollande, to be against it.

Madrid, according to informed source had negatively estimated the returns by French officials from Rabat and Casablanca where he president was, were enthusiastic about the Moroccan front of their peers, that France had dethroned Spain for its ranking as the leading provider of market Moroccan.

The advantageous commercial position fo rSpain in a serious economic crisis , which France wants to snatch back, pushed Madrid to utter these threats against Morocco, a change of position on the Sahara issue, if the government of Abdelilah Benkirane j finds just a few ways to benefit whatsoever, French companies.

According to an Arabic weekly instead of a French official, contacted in this regardchose to minimize this Spanish annoyance saying vaguely that "Madrid knows what Paris wants with regards to Morocco and we will settle our different inside the EU ".