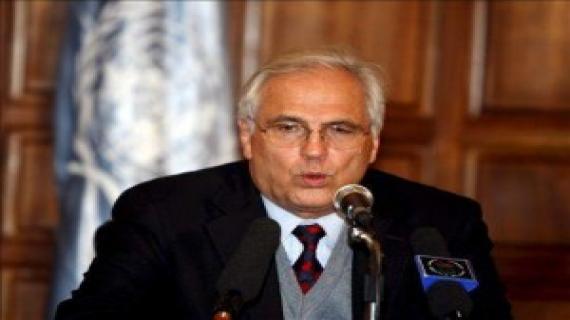 The UN Secretary-General’s Personal Envoy for the Sahara, Christopher Ross, has warned that the status quo in the Sahara conflict “is now threatened by the rise of extremist, terrorist, and criminal elements in the Sahel region.”

In a statement issued after his meeting, Monday in Madrid, with the Foreign Minister of Spain, Jose Manuel Garcia-Margallo, Mr Ross urged “dialogue” to resolve the conflict that “has gone on for far too long.”

He urged the parties to move into “serious negotiations” to find “a solution that is honourable for all.”

Moreover, he said he called on “key members of the international community to use their influence to encourage the parties to do so.”

Ross’s Madrid leg is part of a tour aimed at re-launching the political process towards reaching a final, consensual political solution to the Moroccan Sahara conflict.