Sahara: US draft resolution continues to stir reactions in Morocco 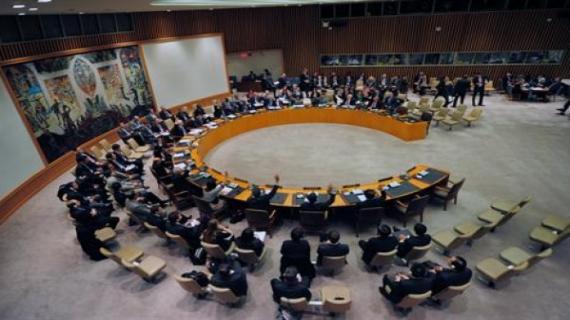 The United States’ decision to propose a Security Council draft resolution that would include the establishment of human rights monitoring mechanism in the Sahara continues to stir reactions in Morocco. After the communiqué issued by the national board of the Association of Moroccan Sahara for the Defense of Territorial Integrity and Autonomy plan on Tuesday, April 16, 2013, in which the association denounces the blatant politicization of human rights by Morocco’s opponents, The Independent Commission for the Defense of Human Rights in Western Sahara sent an open letter to the UN Security Council on Friday, April 19.

The letter obtained by Morocco World News urges “the Security Council, when it votes on renewing the United Nations Mission for the Referendum in Western Sahara (MINURSO) next week, to prevent any political decision to modify the mandate of the MINURSO.”

The Independent Commission for the Defense of Human Rights in Western Sahara warns the UN Security Council of the multiple risks such a decision might engender. “We believe that any attempt to extend the mandate of the MINURSO to incorporate human rights in Western Sahara will have negative consequences on the stability of the whole region, particularly as security and terrorist threats in the Sahel and Sahara region are surging,” says the letter.

The letter also denounces the politicization of human rights issues in the Sahara to “deflect the negotiation process and serve as a pretext to hinder any solution that would bring the Western Sahara conflict out of the impasse and put an end to the human suffering.”

Morocco has intensified its diplomatic contacts with international powers such as Russia and Great Britain in attempt to stop the US plan. Morocco’s minster of Foreign Affairs and Cooperation Mr. Saad Eddine Al-Otmani told media that Morocco’s high-rank delegation to Russia informed Russia of “Morocco’s absolute rejection of any expansion of the mandate of MINURSO in the Sahara to include human rights, and of any international monitoring of human rights in the Sahara because the Sahara is Moroccan.”