Sahara: When Ki-Moon assured the King Mohammed VI, the UN would do nothing to change its mediation 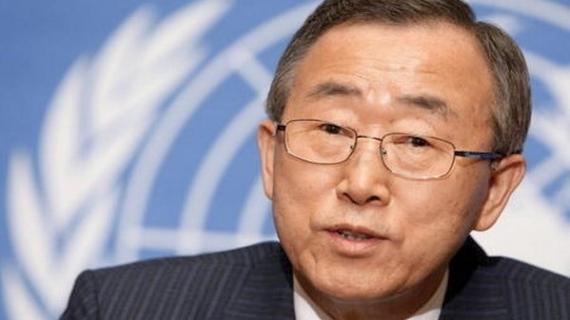 On August 26, 2012, the Royal Cabinet in Rabat, generalised a statement announcing that King Mohammed VI had responded to a complaint of the United Nations Secretary General Ban Ki Moon for a telephone interview with the monarch.

During the telephone interview, Ban Ki Moon presented to King Mohammed VI, his request for Morocco to accept the return to his mission by the Secretary General of the United Nations in the Sahara, of the American diplomat close to Algeria, Christopher Ross.

Ban Ki-Moon had for obtaining the acceptance the sovereign, presented to him his personal commitment and guarantees of his institution, that "the UN does not envisage any change in the terms of exercise of its mediation, which aims to promote a mutually acceptable political solution "stated the press release on the royal cabinet.

Ban Ki Moon, for this purpose, stressed that "his Personal Envoy and his new Special Representative will complete within the specific context, as set by the Security Council mandates related to the advancement of the peace process in the Sahara and the normalisation of relations with Algeria in the kingdom. "

Ban Ki Moon committed the word of his institution and his personal honour before the Moroccan king, that the terms of the mission of the MINURSO and mediation would be impartial and honest and would respect to the letter a mutually acceptable solution.

Now there would be nothing mutually acceptable in a unilateral initiative taken to change the mandate of MINURSO without any consultation with stakeholders, a decision built only on the gossip of Algeria which is with North Korea, the last on this planet to be able to pronounce the words human rights.