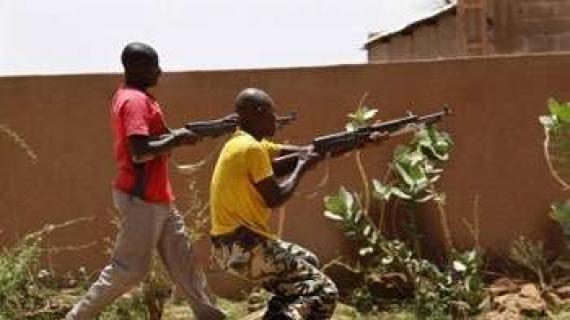 The conjunction between separatist demands and Islamist extremism has played a catalytic role in the current crisis in Mali, where the North is under the total control of armed groups affiliated to Al Qaeda. The same scenario could be repeated with the Polisario front which is fighting Morocco for the independence of the Western Sahara region with the support of Algeria, as explained by academic and expert in geopolitics Aymeric Chauprade.

In a presentation he made before the United Nations in New York, the university professor highlighted the extreme danger of the "infernal combination of separatism and fundamentalism" on the stability of the region.
The current situation in Mali began with the rise of the MNLA, the Tuareg National Movement for the Liberation of Azawad.
The Tuareg separatists, claiming the independence of northern Mali, started by flexing their muscles while the Islamist groups, their allies of convenience, were more reserved.

However, immediately after the takeover of strongholds in northern Mali in March, the Tuareg separatists were dislodged without delay by these very Islamist groups, that were not long ago their associates.
These jihadists are divided into separate groups, but the difference between them only lies in their names: AQIM (Al Qaeda in the Islamic Maghreb), Ansar Dine (the defenders of religion) or Mujao (Movement for the uniqueness and jihad in West Africa ). They all claim they adhere to the same ideology as AlQaeda and use the same methods as al-Qaida terrorists.
This "separatist-jihadist" role play in Mali looks very much like the case of the Polisario Sahrawi separatists. Both movements were infiltrated by the Islamist trend.
Worse, the leaders of the jihadist groups operating in the Sahel are almost all combatants of the ex-Algerian GSPC, the Salafist Group for Preaching and Combat, which later became AQIM. This may suggest that jihadist groups tend to congregate under the same banner and under the same leadership in the whole region.