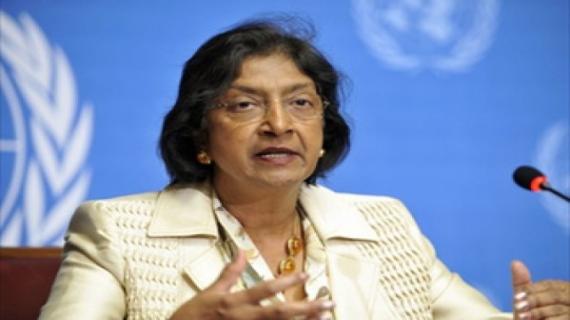 The UN High commissioner for human rights, Navi Pillay, met here this Wednesday with a group of human rights militants from the Sahara who presented her with an account on human rights violations by the Polisario.

They draw the UN official’s attention to the progress and openness enjoyed by the inhabitants of the Moroccan southern provinces, requesting her intervention to shed light on the destiny of hundreds of missing Sahrawi persons, cases of torture and other abuses of most basic rights.

A former detainee in Tindouf camps said his association is resolved to bring the case of human rights abuses by the Polisario to the international penal court, bring the authors of abuses to justice and end the impunity, recalling that a Spanish court had ruled, end of 2012, that it was competent to hear a complaint filed for “genocide and serious human rights violations” against 28 Polisario officials.

Illustrating their accounts with pictures showing traces of torture, testimonies of former prisoners in the Polisario prisons other documents related to 800 missing detainees, they denounced the appalling situation endured by thousands of Sahrawis forcibly held in the camps where they are denied the most basic rights, mainly freedom of speech, of association and of movement.

The case of Mustapha Salma Ould Sidi Mouloud who was tortured by the Polisario militia men and expelled to Mauritania two years ago was also evoked during the meeting with the UN human rights commissioner.

The case of Ould Sidi Mouloud, currently on hunger strike in Mauritania is “the most telling example of the denial of freedom of expression”, said an activist who also raised the problem of the artist Najem Allal who was tortured in retaliation for his songs denouncing the tragic situation of the populations sequestered in Tindouf.