Samuel Kaplan cries the innocence of his country: the USA has not turned against Morocco 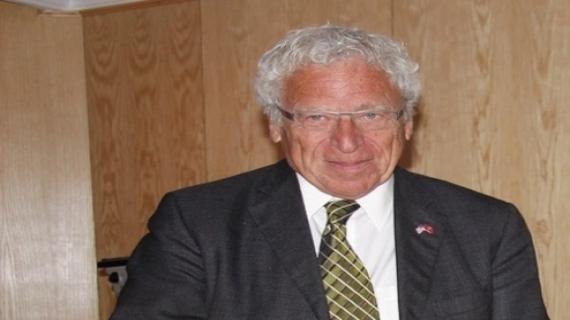 The U.S. ambassador to Morocco, Samuel Kaplan spoke at Tangier, at the opening of the 12th edition of the April seminar of the Institute of the American Legation in Tangier for Moroccan Studies (TALIM).

U.S. Ambassador Samuel Kaplan to Rabat, whose mission expires in very bad conditions for relations between Morocco and the United States, spoke at the TALIM Tangier seminar to assert that his country has ' never turned against Morocco.

"The position of the United States regarding the Sahara issue remained unchanged, despite the proposal made by Washington to extend the mandate of MINURSO to monitor human rights," he said.

Sam Kaplan, who is about to leave Morocco after a four-year mission that ends when the relationship between the kingdom and the U.S. are at their lowest, has protested strongly defending his country as "the United States continues to support a peaceful and consensual solution to this conflict ".

Samuel Kaplan also recalled that Washington considers a "serious, credible and realistic Moroccan initiative to grant extended to the southern provinces under the sovereignty of the United autonomy", noting that "any solution must be the result of negotiations between the various parties to the conflict. "

The American diplomat acknowledged that "the proposal to extend the powers of the MINURSO has angered Morocco and generated tension between the two countries," but said he was "confident in the quality of their bilateral relations and ability to overcome disputes. "

"The nature of the relationship between two allied countries, such as Morocco and the United States, is that they may know disagreements without questioning their strength," he considered.