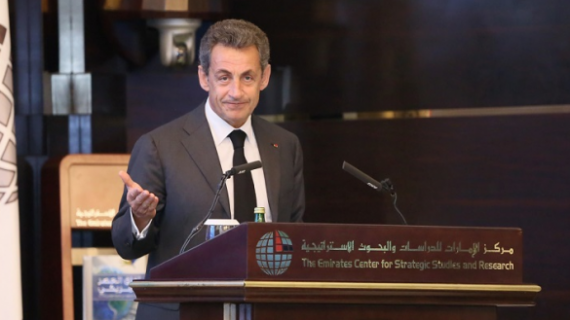 Former French President Nicolas Sarkozy has rejected the idea of creating a new State in the Sahara, noting that “France has always supported the Moroccan sovereignty over the Sahara.”

“France has always supported the Moroccan sovereignty over the Sahara. My first visit to Laayoune is not new, but it dates back to 1991 and it would be difficult to convince me of the need for a Sahrawi republic in a region of the world plagued by terrorism,” he said at an international conference, held this week in Abu Dhabi, United Arab Emirates.

He also highlighted the phenomena of terrorism and insecurity that plague the Sahel, “I speak of Niger and Mali in particular,” he said on the occasion of this meeting initiated by the Emirates Center for Strategic Studies and Research (ECSSR).

In this respect, the former French president said that closing borders between Morocco and Algeria, “despite a great need for a common market between the two countries and Tunisia in a first phase,” is one of the direct consequences of the conflict over the Sahara.

Sarkozy also hailed the initiatives taken by King Mohammed VI in order to spare the kingdom the tensions of the Arab Spring, noting that “this is a chance to have a leader like the King of Morocco.”

Sarkozy also praised the efforts and initiatives taken by the Sovereign in order to fight terrorism and extremism.